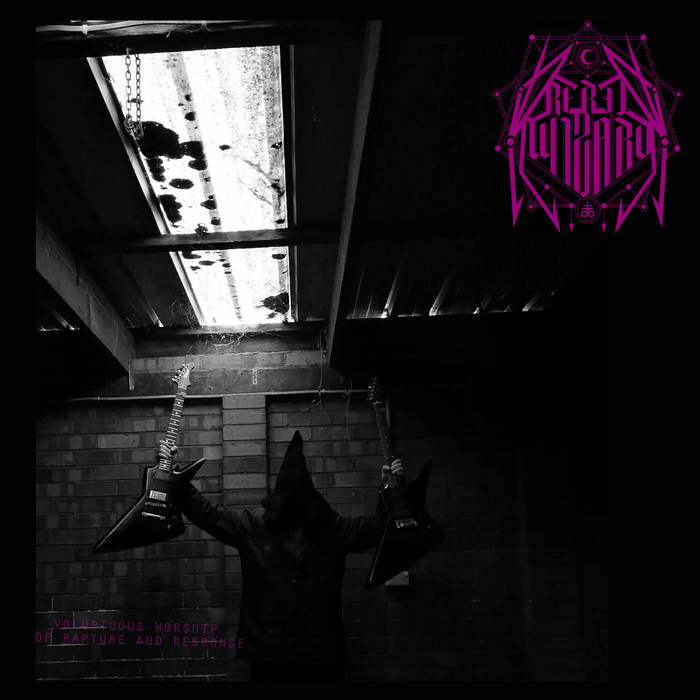 Voluptuous Worship of Rapture and Response

Voluptuous Worship of Rapture and Response
by Rebel Wizard

What I Like: As a guitar player, I LOVE the riffs behind the NWOBHM scene...I'm just not generally a fan of the singing. Thus began my love affair with Rebel Wizard: a project that possesses all of the delightful shredding prowess of Priest and Maiden, but with a kvlt black metal twist on the vocals. As has been the case with prior releases from this sonic assault, Voluptuous Worship of Rapture and Response continues to deliver righteous, 80's influenced hooks and solos complimented by heavily distorted and often unintelligible screaming worthy of the most raw and extreme corners of the 2nd wave. And while I have been complaining for some time regarding the production changes from the debut to the last few releases, it seems that NKSV has heard my cries. While the howls continue to sound as if they were recorded through a $1 microphone being put through a garbage disposal, the guitars once more come through cleanly as with more traditional heavy metal classics.

Critiques: While I applaud the production choices and also overall song construction more on this outing, I still have some qualms with them. On the one hand, I appreciate with how the current approach creates a distinct sound that is inarguably Rebel Wizard, but on the other I have a harder time connecting with the vocalist as a result. I can't help but think about how much more invested I get with Absu tracks as a result of Proscriptor's more direct and understandable delivery in contrast with the dissonant wall of distortion that is NKSV. Perhaps a live viewing is in order.

The Verdict: Voluptuous Worship of Rapture and Response is easily Rebel Wizard's finest hour since their top notch debut short releases, and certainly their finest LP to date. There is still room to tweak the final recording process and production decisions, but expect to see me throwing the horns up and banging my head on a highway near you.

Flight's Fav's: Mother Nature..., The poor and ridiculous alchemy..., Drunk on the wizdom...