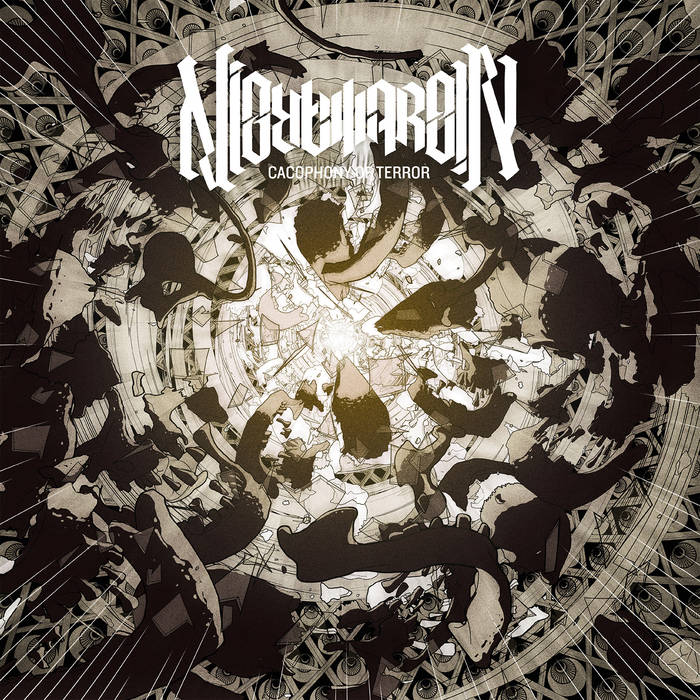 Cacophony of Terror
by Nightmarer

The Pitch: "Carving their distinctly personal and unique path into the dark matter that Deathspell Omega, Dodecahedron, and Ulsect have ventured to explore, Nightmarer are now set to release one of the darkest and crushing albums of 2018." via Season of Mist.

What I Like: I honestly can't think of a better way of introducing and describing Nightmarer than by name-dropping the bands above. I was literally about to add them as an "FFO" when I realized the band already had in their Bandcamp bio. For those familiar with last year's (also Season Of Mist) releases from Ulsect and Dodecahedron, Cacophony Of Terror feels like part 3 in a dark, twisted trilogy of Lovecraftian terror. For those who haven't; know that you are stepping into a soul consuming nightmare.

Nightmarer's music is intensely atmospheric, sounding as if it was recorded in the echoing eternity of some perverse dimension much older than ours. They play a brand of blackened death metal that emphasizes death in the vocals, but otherwise leans heavily on the "blackened." And while there are other more traditionally DM tropes like the infectious groove of "Cave Digger," the music is largely a technical, post-metal-infused whirlwind of nefarious tenor akin to Ulcerate or the aforementioned Deathspell Omega. The band even throw in some cool industrial flavor on "Swansong."

Critiques: I personally love this style, but some may argue that it is bloating fast with all these newcomers. I wouldn't say that Nightmarer has anything particularly special to say above their similar peers, but they all do it equally well.

The Verdict: Cacophony of Terror is a killer album with both engrossing atmosphere and infectious musicianship. Nightmarer slither, strangle, and groove their way into the blackest part of my heart with this album, and I hope that they do the same for you.