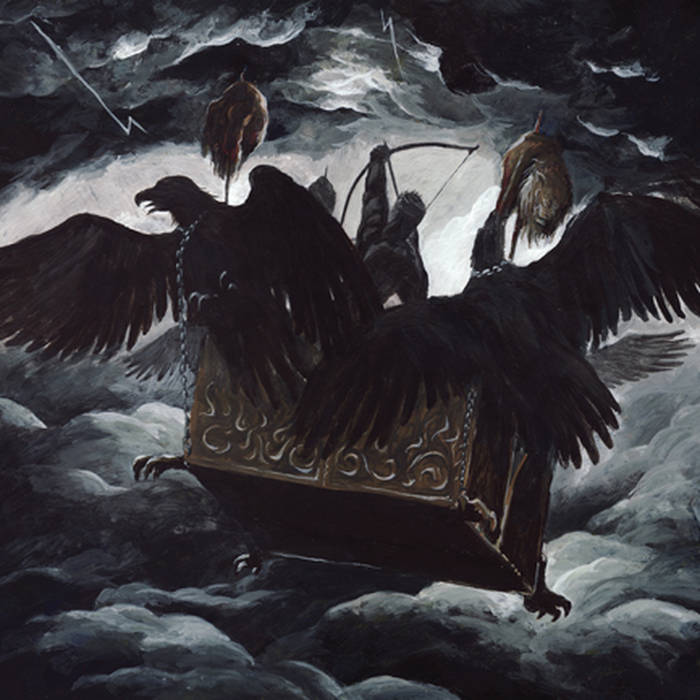 The Synarchy of Molten Bones
by Deathspell Omega

The Pitch: French avant-garde black metal legends Deathspell Omega ninja-drop their new album like a silent shadow with a knife.  The resulting music is decidedly less quiet.  "Mangled" is the word I might choose.

What I Like: Oh the anarchy!  This is unstoppable.  I'll admit that in the past this band has had me on the fence, but distilled down to just a few tracks and foregoing pretty much anything aside from bulldozing the listener is really working for me.  All of the post-metal influences have been abandoned in favor of drumming that is absolute mayhem.

What I Don't Like: Very little, actually.  But over time the path less traveled eventually gets paved just like the rest.  With more bands flocking to this style, and doing an admirable job of it, I am curious to see where black metal will go next.

The Verdict: With a similar sonic approach and all the reasons I loved the most recent release from Imperial Triumphant, The Synarchy of Molten Bones is a delightful cacophony of technical black metal madness.  However, the band may have to stretch themselves even further now with competetion hot on their heels.  If you prefer Deathspell Omega's later output like the previous EP, Drought, then you should be pretty happy.

Flight's Fav's: "The Synarchy of Molten Bones," "Famished for Breath"