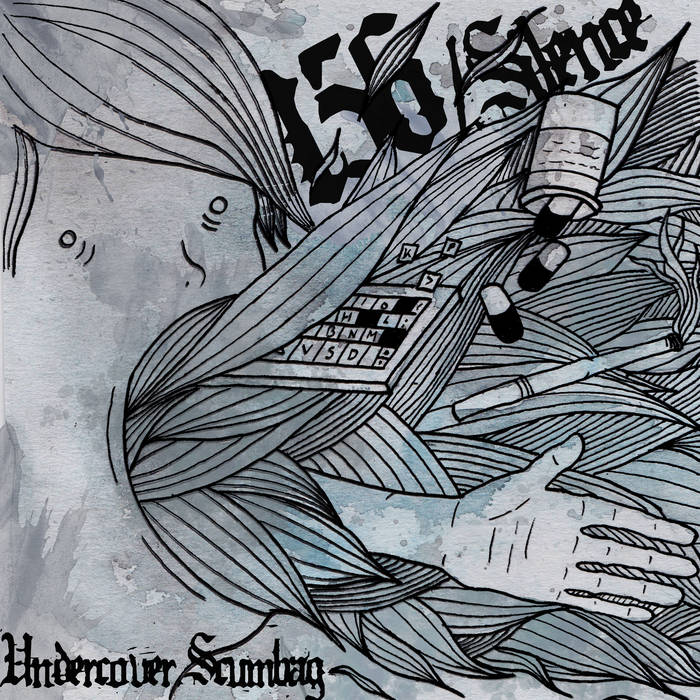 What I Like: I've been following 156/Silence since they dropped the glorious "Turmoil" single at Mathcore Index. This song was a pretty drastic switch from their previous material, which fell primarily in the post-hardcore category; and the trend continued with the follow-up EP Karma. Gone were most of the melodic influences in favor of a more The Chariot vibe. Excellent stuff, but it seems the band isn't done changing things up. Undercover Scumbag showcases the band in a more stripped back style. Tracks like "Wasted Potential" feature groove-driven, Helmet-esque riffs with other sections recalling Norma Jean's Bless The Martyr and Kiss The Child. The chug is strong with this one, taking on beatdown and metallic influences as on the title track, but also dipping back into their post-hardcore roots on “Face Value” and "Saving Saved." The production feels more raw, and overall the emphasis seems to have shifted from technicality to pure heaviness.

Critiques: While I enjoy the album, I can't help but feel like this is a step backwards for the group. This material isn't as memorable as the songs that have come before, and personally I prefer the faster songwriting. "Fake It" is the closest we come to that on Undercover Scumbag.

The Verdict: Undercover Scumbag is not 156/Silence's finest hour, but it still serves as a solid addition to their catalog, and I appreciate that the band continues to try new things on each release. It's the type of experimentation that often leads to maximized potential and truly noteworthy releases in the future. For that reason, aside from the craters it'll leave in your skull, I still recommend giving this one a listen.