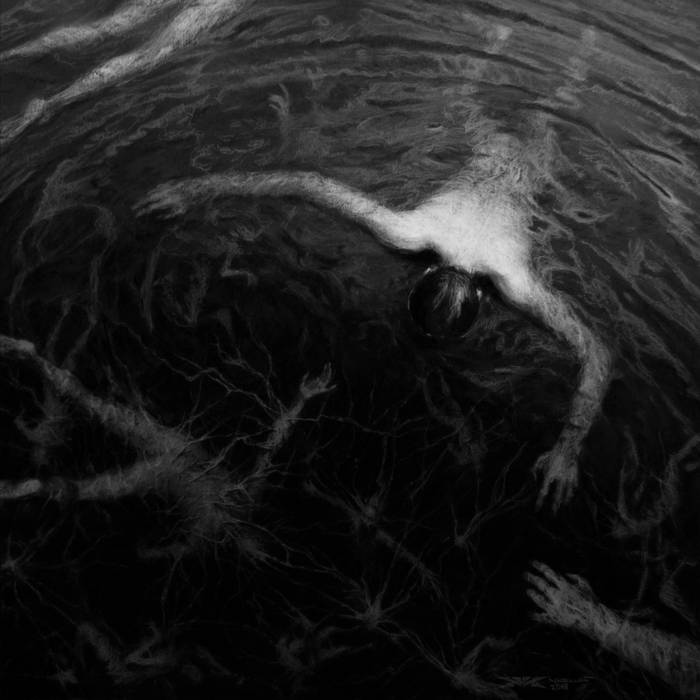 The Approaching Roar
by Altarage

What I Like: I happened upon Altarage back in 2016 when they stormed onto the scene with Nihil, an album I compared to The Shining in its suspenseful terror. The band only continued their sharp rise to infamy with 2017’s Endinghent, and now, just 2 years later, it’s time for another vicious onslaught with The Approaching Roar. Once more, the band wastes little time getting right down to business. The first two tracks are a relentless, feral assault. The guitar tone is again best compared to Portal. I imagine slimy, coiling tentacles ripping and violating flesh; shot in quick flashes that leave just enough to the imagination to keep you up at night.

It's not until the ominous humming intro to “Urn" that we recieve any sort of reprieve. And while it’s a welcome break, consider it little more than your torture artist saying they’ll be back in 5 minutes to finish the job. This track also builds to a doomy groove towards the end that is a just spectacular conclusion. It sounds as if a giant beast has risen in response to some horrible sacrifice and is now lumbering towards the nearest unsuspecting town. “Cyclopean Clash”

But the real key here is how carefully Altarage pays heed to their songwriting. A lesser band in this style would collapse into a barrage of nonsensical noise, but Altarage seem to understand how brains adapt to noisey environments. Tracks like “Inhabitant” are a master study in how to traverse a broad terrain of different speeds and volumes that never allow the listener to check out from the mental warfare. Every violent peak reaches maximum potential thanks to a delicate harnessing of tension and quiet dread.

Critiques: My issues with this album are very minor. I knocked off a few innovation points due to the similarities to Portal, and overall I think that Endinghent is just a touch stronger than this outing; but other than that this is another amazing outing.

The Verdict: In just 3 years time, Altarage have managed to go from complete unknowns to one of the most exciting death metal bands in the game. The Approaching Roar is another masterful success in their quickly growing catalog, and I'm interested to see where the band goes next. My personal hope would be for them to take a few more chances a la Emptiness, but regardless I'll be waiting with bated breath.