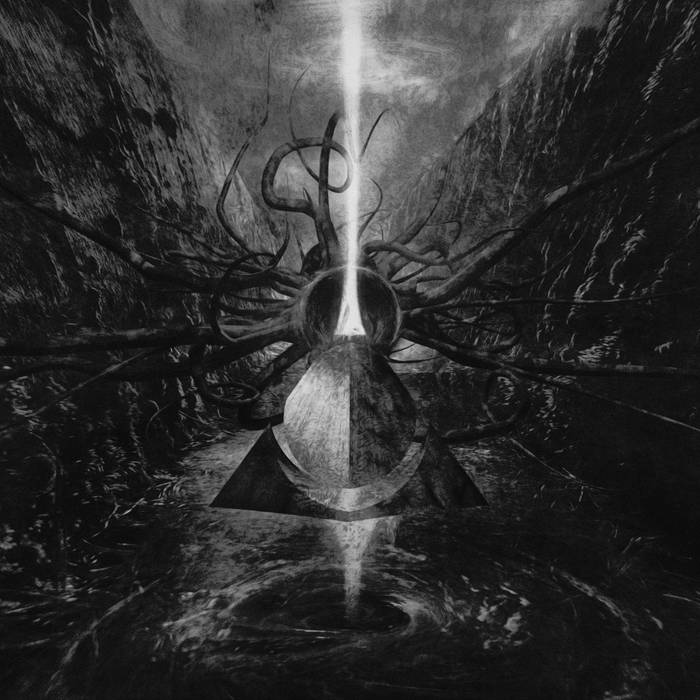 The Pitch: The endless pit of chaos that is Spain's Altarage returns after a powerful debut album, Nihil, with even more impressive blackened death meditations via Season of Mist.  FFO: Portal, Abyssal, Malthusian

What I Like: Well it's been a little while since we got some new material from Portal, but fear not; Altarage is here to meet your insatiable need for murky dissonance and technical assault.  For those unfamiliar with the group, I cannot recomment Nihil enough.  They really hit the ground sprinting with a consistently impressive album filled with nightmarish soundscapes.  And now with the added support of Season of Mist, the band has only honed their skills further for Endinghent.

Prepare thy brain for sonic lobotomy.  Anyone remember the cerebral bore weapon from Turok?  Talk about a throwback.  It occurs to me that this is precisely the experience of listening to an Altarage song; a malicious, mechanical object, devoid of all thought and emotion, slowly burrowing into your brain.  Eventually it lodges itself so deep within your skull that one can scarcely tell where organic matter ends and soulless machine begins.  The ominous, reptilian guitars coil ever tighter around every fold as black oil seeps into the neuronal connections.  In the end, this deprivation of positive input leaves the listener in a state of numbness I imagine is not dissimilar to that of a chronic self-harmer.

And what makes Altarage so effective at this particular brand of atmospheric and blackened death metal is their understanding of how to effectively hypnotize the listener.  One cannot simply berate them ad nauseam nor can they stick to the mundane and predictable.  Adhering to either of these approaches in isolation leads to exhaustion or dissatisaction respectively.  Instead, much like Malthusian and Abyssal, Endinghent harnesses both elements in a perfect yin and yang of subliminal domination.  It takes hold with bewitching grooves of jangly, detuned guitars and bass, then pulls the rug out with sudden shifts in tempo on par with Ulcerate or Deathspell Omega.  And like a torture artist, just before you can check out from the experience, they draw you back in with tantalizing stretches of simplicity; acting comparitively as a buffer from the overt violence.

Critiques: I don't have too much to add in the way of criticism.  The band has taken strides towards better differentiating their tracks, but still have room to grow in this area.  There may also be room for a little more vocal variation and maybe some surprise instrumentation here and there.  Everything else sounds great.

The Verdict: Endinghent is everything a fan could hope for in a sophomore effort.  With this album, Altarage have brought back everything that made their debut so powerful while expanding and maturing these concepts into something even better.  It stands as a unique entity and speaks volumes about the potentail for the future.  Get it today.  I already have.