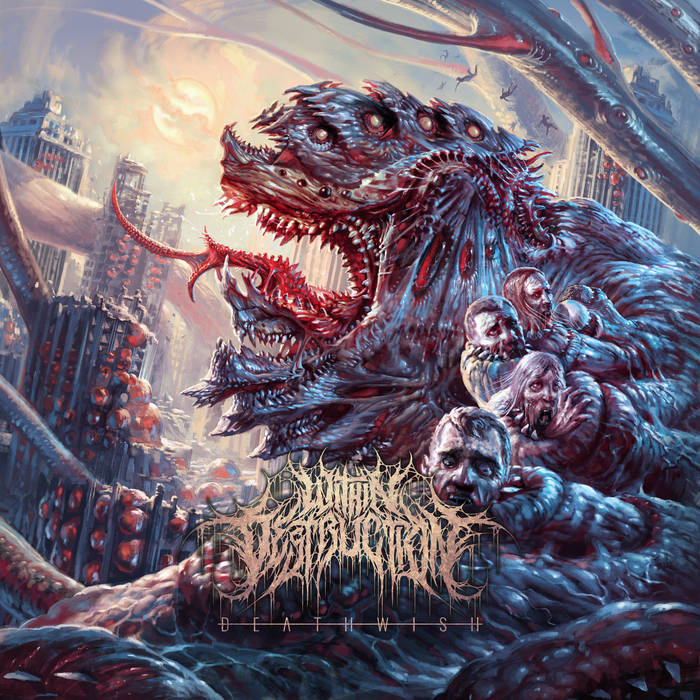 What I Like: I've been waiting for this one. Despite having little interest in slam overall, Within Destruction wormed their way into my heart like I never thought possible. These self-professed squatting Slavs are insanely brutal while never taking themselves too seriously. Their music videos have featured them wearing everything from 80's workout leotards to blinged out trap apparel, and they are no strangers to memes. It's a nice touch of humor often lacking in this genre.

But with every laugh, you'll also be hacking up blood. As previously mentioned, this band's music is goddam brutal. They never skimp on the brees, and the slams are as slammy as they come. Tracks like "Self-Hatred" will have you nodding to the groove while also appreciating a little hookage along the way. And that's one of the primary draws of Within Destruction: they may break down like a bunch of drooling, club-dragging cavemen, but they still know how to play their instruments and write a variety of genuinely engaging songs.

Whereas many albums in this genre can sound highly interchangeable, D E A T H W I S H never feels that way. Sure, there are plenty of the usual chugs and blasts, but interlaced between are a number of memorable riffs, atmospheric elements, and otherwise enticing little touches that keep me coming back for more. There are symphonic synths on "False Revelation," blackened backups on "Extinction," and even some electronics here and there. And as for the quality of the breakdowns themselves, the one on "Darkness Swallows Life" will f$%king skin you alive. Love the drum production on that one.

Critiques: At the end of the day, these guys aren't winning any accolades for innovation, but I feel quite comfortable saying that they are among the best at what they do.

The Verdict: I wasn't sure if Within Destruction could match the intensity that was Void. Maybe it was a fluke, and the band just got lucky. But no. No mistake was made. D E AT H W I S H proves that Within Destruction are here to stay, and every other slam band better brace themselves for steep competition. Buy from Unique Leader HERE.