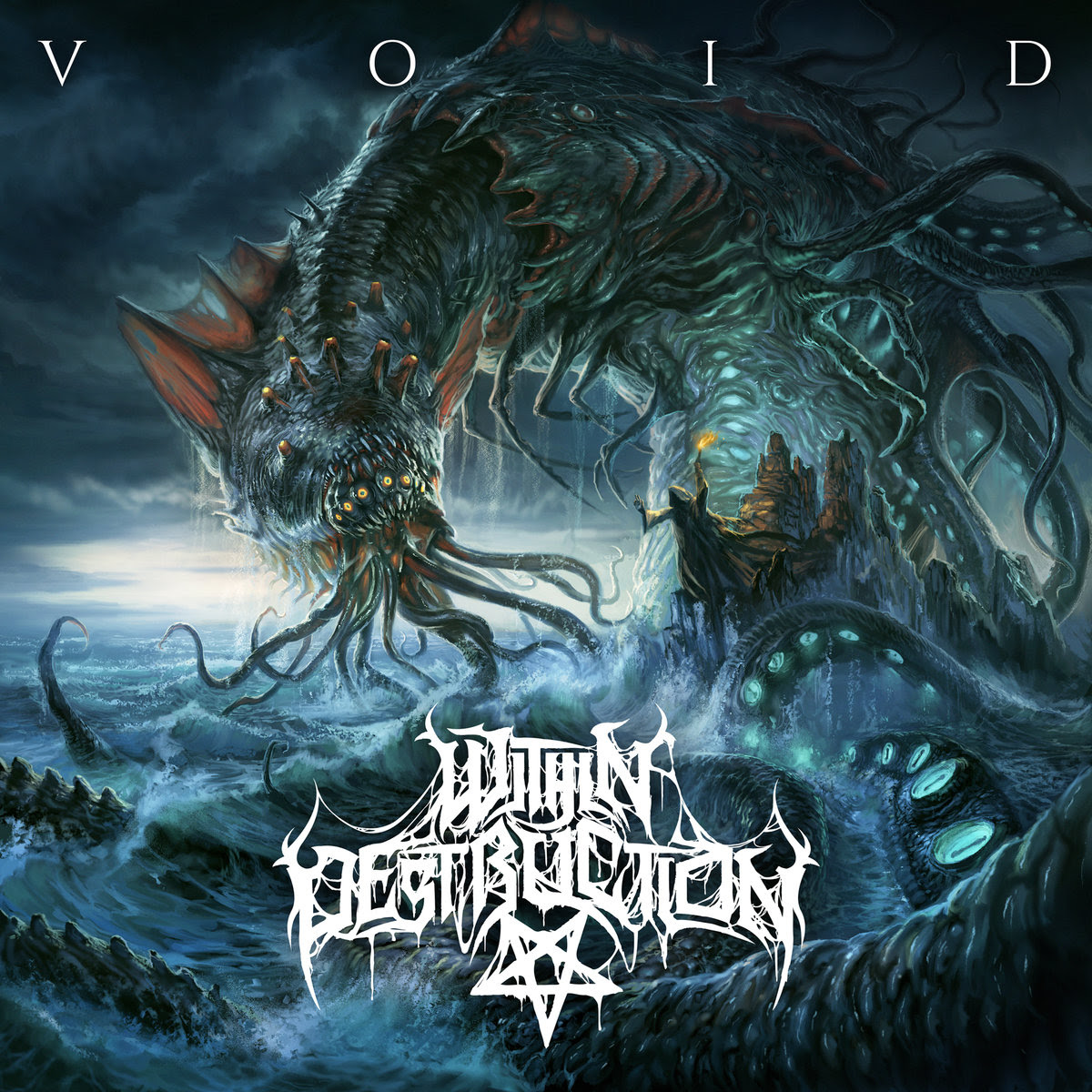 Void
by Within Destruction

Time for some intense, brain-grinding death metal courtesy of Slovenia.  Within Destruction has arrived, and those who were wanting to hear more tech death this year can rejoice.  Your ship has come in, and it ain't no sailboat.  Void is a Titanic of an album, except this time the iceburg would have moved the f@#k out of the way upon seeing this behemoth on the horizon.  The captain is named Rok.  He growls commands from the recesses of his guts.  The boiler is stoked with riff after chaotic riff and powerful bass guitar, which in turn powers the pistons and machinery of endless double bass.

Ditching the metaphor, this is just an amazin record.  I have come across a few potential end-of-year level black metal releases in 2016 already, but I think this is the first blowout death metal album.  Bar none.   It's not going to knock your block off in the innovation departmen, but like Gloom's 2015 Doggod, it makes up for it by simply violating your face harder and faster than the competition.  Within Destruction alternate all of the heaviest, catchiest elements of brutal, tech and deathcore to annihilate your senses.

While "Dark Impairment" relies on speed and bloody-finger-inducing guitar wankery, tracks like "Desecration of the Elapsed" utilize the slower pace and foreboding atmosphere of beatdown and deathcore to an equally impressive effect.  Sometimes these styles are interspersed or juxtaposed within the same song.  Meanwhile the drums beat the hell out of various time signatures, swapping clicky onslaughts of bass pedal back and forth with ominous, reverb-ridden snare and cymbal breaks.  Voids can't seem to decide if it's a lumbering T-Rex or or lightning-fast velociraptor.  Clever girl.

In closing, you should buy this.  Buy 5 copies if you can.  Save up for a new stereo system while your at it, because Voids is liable to break your old one, along with 4 out of those 5 copies.  Even though it is only February, this album will already be the standard I hold further 2016 death metal releases to as I begin contemplating the best of the best.  Again, it could be pretty easily bested by something a bit more out there like Abyssal or Gigan, but as far as heaviness, catchiness, and brute force are concerned; this is where it's at.