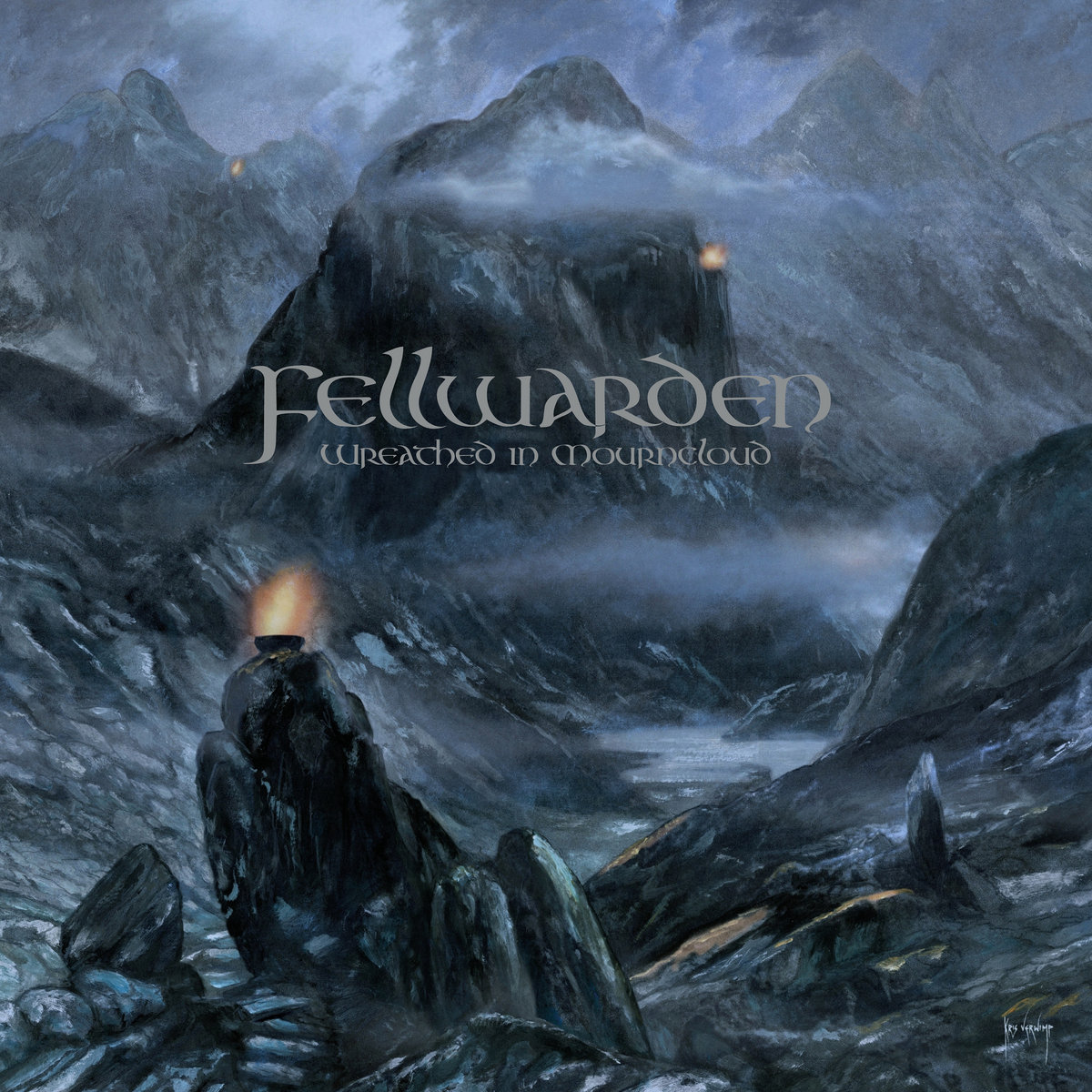 Conceived as a solo project by Fen’s The Watcher back in 2014, Fellwarden has sought to create black metal that was epic in scope yet had its fair share of contemplative moments.  2017’s debut Oathbearer showcased a more straightforward approach to writing in comparison to the more progressively oriented material Fen had released in the same year, but it still had plenty to offer the discerning listener who wanted to be swept away in majestic instrumentation.  Three years later, The Watcher has completed Fellwarden’s sophomore effort Wreathed in Mourncloud which takes everything from the debut and amplifies it significantly.  Continuing the same type of writing approach where songs move from soaring atmosphere to calmer, contemplative passages and deliver an engaging narrative from beginning to end, it’s a natural progression that is sure to stick with listeners for some time to come.

Comparisons to Fen are going to be unavoidable, as The Watcher has utilized sprawling instrumentation and thick atmosphere that builds up over lengthy tracks for much of his career.  But Fellwarden steps further out into its own territory this time around, as opener “Pathmaker” demonstrates just how much each element of the songwriting has been amplified.  It starts off as a slow burn, letting melancholic synthesizer and guitar work drive things forward, spending the first three quarters to build a warm and inviting atmosphere before slightly more abrasive blasting kicks in.  Though the approach is still a bit more straightforward as there are clear peaks and interludes that weave a clear narrative across each track, each piece is woven together in a truly engaging fashion and justify the track lengths that typically span ten to twelve minutes.  The word that came to mind the most while listening to Wreathed in Mourncloud was triumphant, as the tonality has a warm and inviting feel that builds to crashing climaxes where it feels like you’re watching ancient warriors triumph in their battles across sprawling landscapes.  Sometimes it reminds me of the same type of power and narrative focused writing that Bathory channeled throughout their career, though Fellwarden delivers it through a bit more of a second-wave black metal and folk tinged framework.  While Oathbearer had its fair share of stunning moments, it’s really been taken to the next level here and the strength of the soaring melodies on the title track and “An Elder Reckoning” stand out in particular.  If there is one flaw with the album, it’s that despite the different textures and nuances utilized on each track the more straightforward flow does lead to some similar sounding moments at times, even if the overall sound remains entrancing.

The Watcher has utilized a fairly wide range of vocals over the years, and with Fellwarden you’ll find a balance between clean singing and raspy screams.  This time around it takes awhile for the screams to make an appearance, as the aforementioned “Pathmaker” spends the majority of its time focused on softer singing that hovers over the instrumentation as though it’s telling tales of time long past.  Having followed Fen for the better part of ten years, it’s been exciting to watch The Watcher’s voice get stronger with each release and here the singing may be some of his best yet as different passages are able to reflect mournful, contemplative pitches alongside soaring and more powerful ones.  But it wouldn’t be black metal without the harsher elements and the screams come through just as abrasive and in your face as before, lending a warlike and commanding presence to the faster and dense instrumentation they appear over.  There’s a lot of depth to the performance and this is another area where Fellwarden has progressed significantly between albums.

Fen has been a band I’ve regarded as truly special for quite some time, and almost all of their full lengths has graced my best of lists in their respective years.  Fellwarden appears to be on a similar trajectory, and while there are still plenty of comparisons that can be drawn between the two bands with this sophomore effort it feels like the latter has started to branch off further onto its own path.  With a warmer yet powerful sound that draws you in and instrumentation that tells as much of a story as the lyrics, there’s a lot to like about this release even if it does sometimes follow some similar patterns.  If this is the level that the project can advance in from one album to the next, I can’t wait to see where it takes us from here.  Wreathed in Mourncloud is available from Eisenwald.