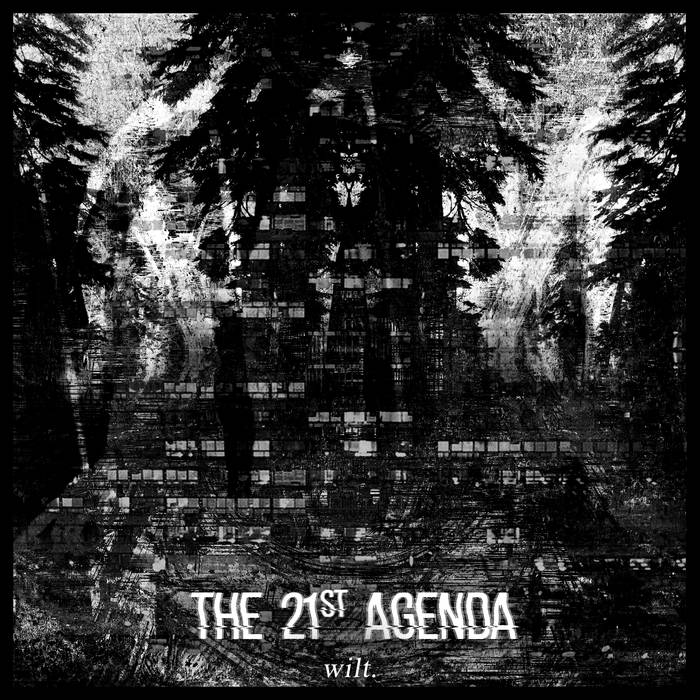 Wilt
by The 21st Agenda

Listen to The 21st Agenda
Bandcamp

What I Like: Wilt is a killer album brimming with clear Converge influences on the guitar. Seriously, there are some great hooks on this thing. Right from the titular opener we're treated to a number of Ballou-isms, as well as progressive elements that had me refleting on early The Mars Volta. The 21st Agenda possess a frenetic style that passes a certain level of anxiety onto the listener. Frequently I found myself feeling uneasy in response to its frantic pace and chaotic structure. It can be difficult to find a foothold. Furthermore, this album feels like a pretty impressive step forwards from their 2016 S/T EP; more aggressive, more technical, and all-around more memorable. Extra points for the dynamics as well. The opening minutes and "Interlude" add a completely extra dimension to the experience.

Critiques: For all of its strengths, songs at times feel a bit unfocused. Just when I'm getting into a groove, an abrubt transition will break my momentum. They've got the energy in the performances and a lot of great ideas; the next step is just getting better at putting them all together.

The Verdict: I like my original summation of The 21st Agenda so much, I wanted to share it one more time: The sonic equivalent of skinned knees and elbows on hard pavement, this one leaves a bit of a sting; but not so much that you won't get right back up and do it all over again. Wilt represents some serious strides for the band and I am interested to see where they go next.

Flight's Fav's: Under No Cross, (Tuned) In, Disposable