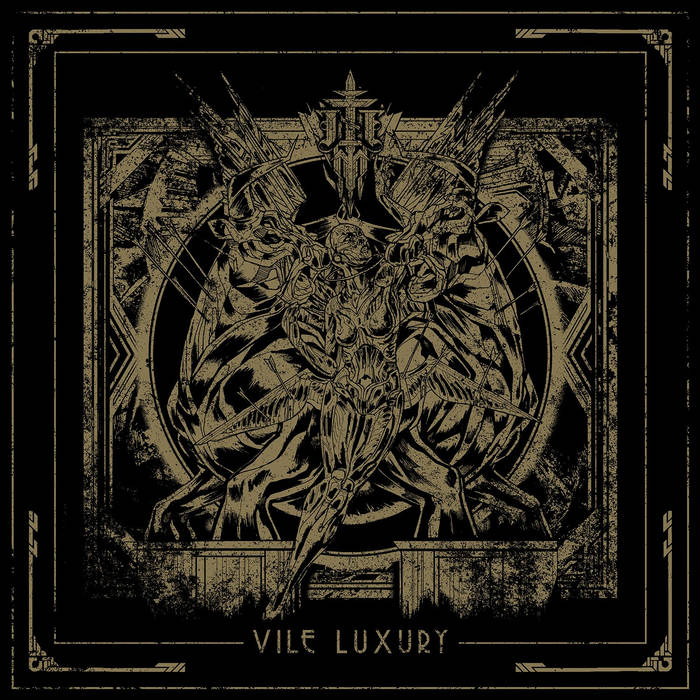 What I Like: "Our city is like the corpse of a giant." The band explains. "What was once so bright, grand and spectacular, is now filled with greedy maggots writhing towards their share of 'success'. We don't support it nor are we against. We only play the sounds of the New York City as we hear them." I love that. No judgement. No force-fed message. Just a reflection of the world as they see it. God knows life isn't all sunshine and stargazing. The ugliness is in all of us. To be able to express these ideas without a sense of condemnation is a rare thing, and something I wish that more bands would aspire to.

Sonically, Imperial Triumphant have always been an abrasive, acquired taste; but for all of it's obscenity and noise, Inceste incorporated enough traditional songwriting elements to make it palatable. Vile Luxury scatters that to the wind. This album is largely pure, experimental chaos. I hesitate to even call it controlled chaos. When your lead single barely clings to what it means to be a "song," but still represents the easiest-to-follow compositional structure, you know you're in for a rough one. Expect highliy improvisational noise leaning heavily on harsh brass instrumentation and piano in addition to the usual grinding distortion, sickening howls, and psychotic drumming. This makes Cleric.'s album look like Taylor Swift. Scar Sighted may as well be Nickleback.

Critiques: I highly respect the fearless nature of this band and the bold direction of the album. But if I'm being perfectly honest, it can also be hard to listen to at times. It's so dense and volatile as to wear me down. And while that in itself is a marker of success in the realm of black metal, it doesn't always make for something you want to play to over and over again. In my interview with drummer Kenny Grohowski, I compared the experience of this album to watching episode 18 of the new Twin Peaks: it's more about a sense of mystery and lingering introspection than deliverying a digestible narrative.

The Verdict: Imperial Triumphant have once again blown me away with one of the most experimental and technical albums of 2018 to date. Vile Luxury is ripe with new ideas and directions...so much so that you can lose yourself along the way. I prefer Inceste overall, but this album is something special. It really does pull off the whole "mournful New York street sax player collapsing into hell" aesthetic ("Cosmopolis").