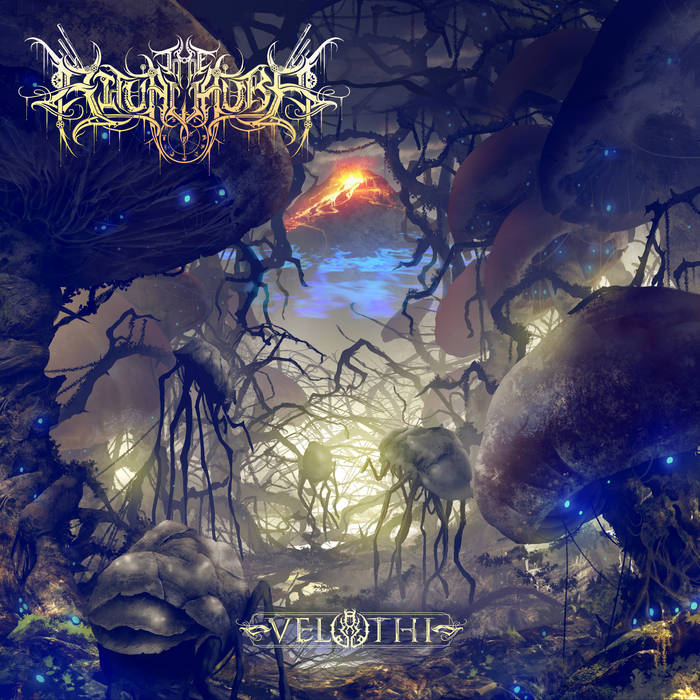 Velothi
by The Ritual Aura

What I Like: I always expect good things from this band even in its relative short existence. The debut album Laniakea was an exemplary bit of progressive death metal that, while pretty typical for the time, intrigued me enough to include The Ritual Aura on a Top 10 list of that year. The sophomore effort, Taether, found the band exploring stranger corridors and experimenting with new structures and sounds. It was an album that I enjoyed, but one also bogged down in its somewhat bloated length. Now Velothi seems to bring the best of both worlds. Featuring the groundedness and brevity of the debut while better harnessing the experimentation of its sequel, this is The Ritual Aura's finest hour to date.

The band continues with the compositional approach of Taether; flowing as one larger conceptual piece broken up into smaller movements. But once more, at just 30 minutes in length everything feels much more targeted and concise. Obviously the highly technical approach of the drums and guitars continue to be a highlight; their dizzying proficiency matched by a deep sense of longing. This palpable atmosphere is further deepened by mournful violins, acoustic guitar, flutes, piano, and the sultry singing of Adrianna Tentori on "VI • Psijic | CHIM." When all of these elements come together, it's a stunning experience worthy of Carnegie Hall.

Critiques: There's still some room to tighten compositions up a little bit more...maybe take a few notes from Warforged and add a really intense climax or two. But other than these minor notes there is little I would change about this record.

The Verdict: Equal parts heavy, emotive, and proficient; Velothi is an album with a little something for everyone. It sticks around just long enough to make its point and never longer. The Ritual Aura continue 2019's trend towards highly impressive progressive and technical death metal releases. You won't want to miss out.