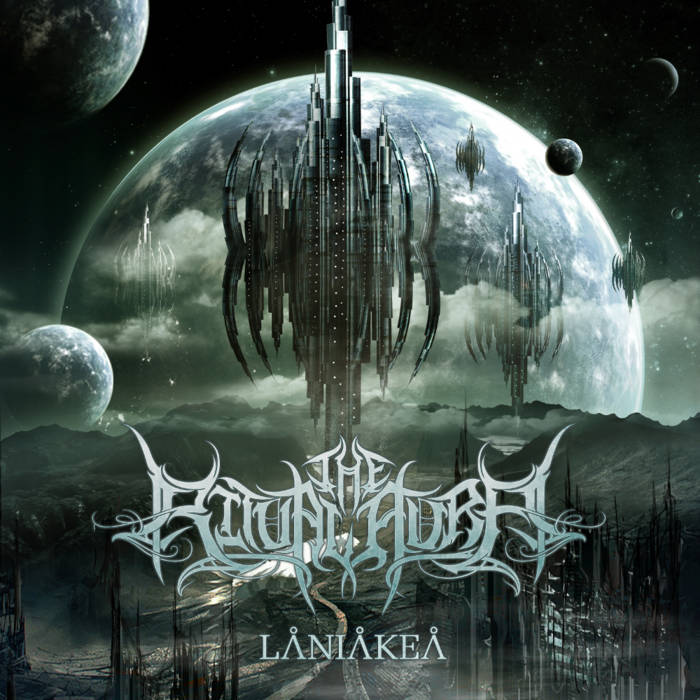 It's Not Just Their Wildlife That Is Dangerous

Laniakea
by The Ritual Aura

Hey look, another awesome band from Perth. I am glad there are some excellent Australian musicians redeeming the continent for the image set by that one extremely average metalcore band that shall remain nameless. In the case of The Ritual Aura's dizzying technical death metal, one might say they left them in the parkway and drove away. Okay, enough stupid puns. Onwards to the music!

While it is easy for groups in this genre to lump together, Laniakea has a very defining, stylized sound that helps it become instantly recognizable. The very purposefully digitized sound brings to mind groups like Within the Ruins or, especially on "Time Lost Utopia," Genghis Tron. But the comparisons to these groups end in that particular dimension. This is still very much a death metal record.

The sweeps. THE SWEEPS. To quote Skwisgaar Skwigelf, "You think you know sweeps...you don' know sweeps." Between these, the inglorious double bass, and the various other noodlings; this is certainly a technical work of art. The shifting riffs and rhythms mixed with the stellar production on tracks like "Precursor of Aphotic Collapse" sound like galaxies colliding. And that final progression? Now that is how you use negative space.

I have to also say that even when the group is engaging in instrumentals, the outcome is quite engrossing. The intro, title track, and Nebulous Opus series are all just as enjoyable as the other songs and keep the album flowing smoothly. Finally, the surprise singing on "Erased in the Purge" is a highly successful experiment that I would love to see more of in the future. That is not at all to say the depraved death grunts throughout are any less impressive.

So yeah, you should totally pick this one up. It's highly technical and enjoyable, and also sports just enough innovation to stand out without abandoning its brutal roots. At 10 AUD (~$7), you can't really go wrong. The length feels just right too, not dragging on with endless tracks or leaving you feeling unfulfilled. Just hit play already.