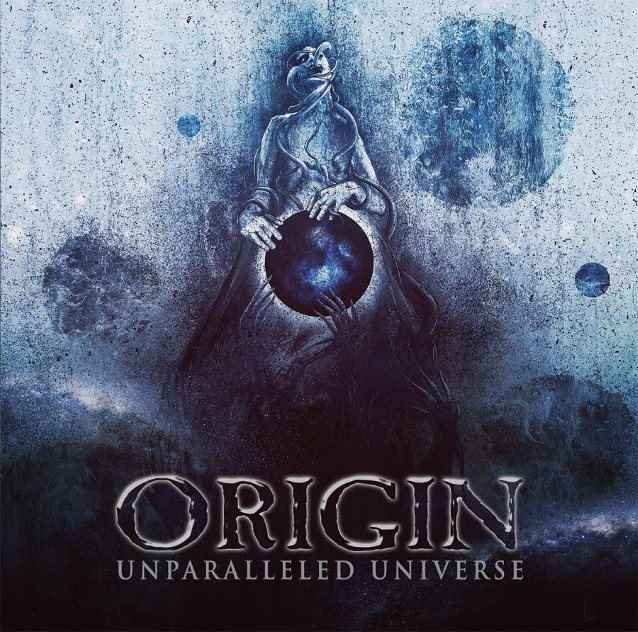 The Pitch: Tech Death masters Origin are back with their 7th studio effort.  Resident shredder, and only remaining original member, Paul Ryan describes the record as the beginning of a new era for the band and "a reflection of our true selves".  Unparalleled Universe boasts the same lineup as 2014's Omnipresent, which is notable since this is first time in the band's career that they've maintained a lineup between two consecutive records. FFO: Cyprtopsy, Gorguts, Necrophagist

What I Like:  Origin definitely delivers the goods on this album.  The album singles "Accident and Error" and "Cascading Failures"  are both great.  The former has a serious slam vibe on some of the riffs and the latter features a really awesome atmospheric instrumental outro.

The rest of the album follows suit and delivers the barrage of technical riffs we've come to love and expect from Origin.  Jason Keyser handles vocal duties and maintains the fast paced mid-range delivery we've heard on previous releases.  Paul Ryan (guitar) and Mike Flores (bass) deliver the non-stop backing vocal cacophany we've come to know and love.  Origin's backing vocals are perhaps one of the coolest parts about this band, and you really need to see them live to truly understand how awesome it is.  Ryan and Flores are both extremely competent vocalist, as demonstrated on 2011's Entity where they handled all vocals, and their additions really make the songs that much more intense.

The high point of the album is the instrumental 2nd half of "Unequivocal".  This opens with a riff that sounds like something The Haunted might have put out in the late 90s.  This slowly transitions into an ultra-melodic album outro packed with arpeggios, sweeps, and tremelo picking.  This is definitely the furthest I've heard Origin go from their comfort zone, and yet nothing else they've put out embodies their slogan of Hail Space more than this song.  It is a glorious musical passage that belongs in the score of a science fiction epic.

Unparalleled Universe closes with a cover of Brujeria's "Revolucion" featuring Jessica Pimental of Alekhine's Gun.  This stands out from the rest of the album due it's markedly different style.  The song features some additional notes from the star spangled banner and a sample of Donald Trump talking about "bad hombres".  To my knowledge, Origin has never been much of a political band so this is a bit of a departure for them.

Verdict: Origin knocks it out of the park again.  Long-time fans and new listeners alike need to listen to this.

Listen to "Accident and Error" below and purchase the record at http://nuclearblast.com/origin