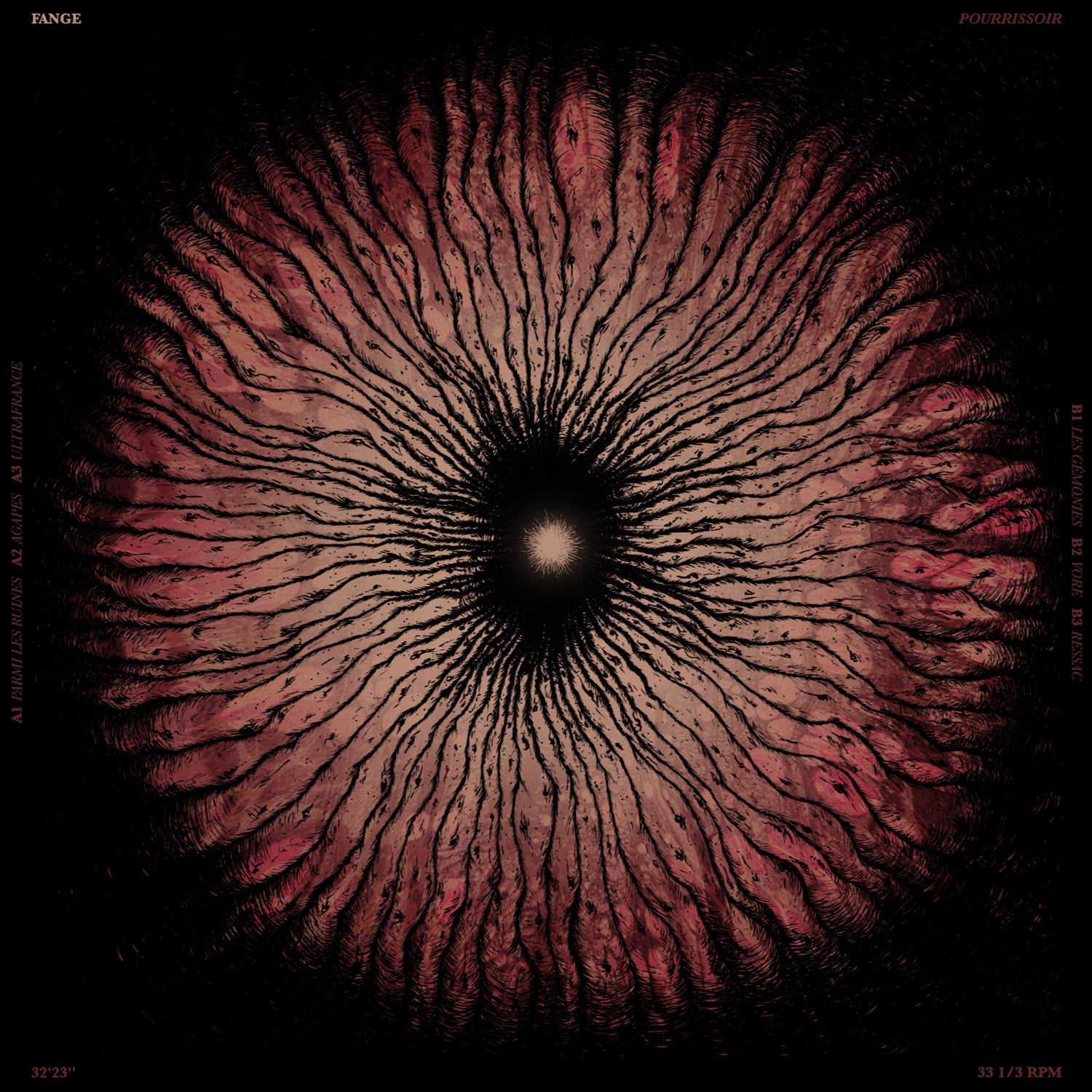 What I Like: Purge was an enjoyable album, but one that struck me as fairly straightforward.  This follow-up feels much more...French.  Not to say that France is the only country that likes to step up the weird and avant-garde qualities of their music, but they are certainly known for it.  Hell, this cover even vaguely reminded me of fellow Frenchmen Deathspell Omega's Kénôse.  But I digress.  This all-seeing, Lovecraftian eyeball sets the perfect tone of the music within.  Fange have built upon their already solid foundation of swampy, netherworldly riffs and hellish vocals into broader territory.  I find myself thinking about an even more nightmarish Godflesh as I listen to the unbridled horrorscapes of "Ultrafrance" and "Vore."  Furthermore, this last chilling break is the perfect setup for the final explosion of "Ressac."

What I Don't Like: I'm still left thinking there could be more.  There's potential in this band to take the sound to the next level; perhaps with some additional instrumentation, or maybe with a little more technical edge.  But hey, what do I know?

The Verdict: An even more disturbing follow-up to an already disturbing album.  It's very impressive that Fange were able to pull this one off given the short amount of time since their debut.  Keep 'em coming.  Out tomorrow.