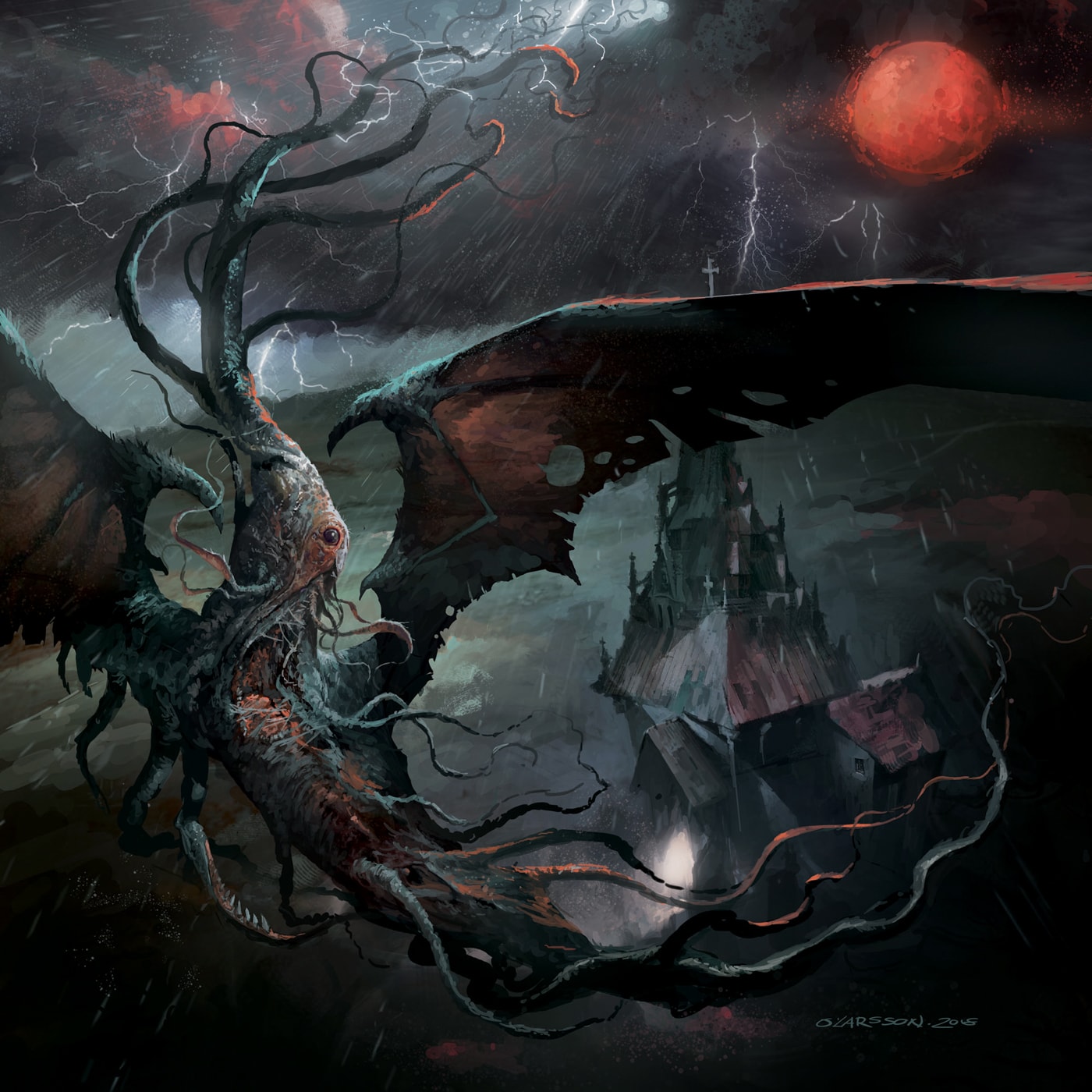 The Scythe of Cosmic Chaos

The Scythe of Cosmic Chaos
by Sulphur Aeon

What I Like: Sulphur Aeon are a band that excite me greatly. So much so that their 2015 album Gateway To The Antisphere led me to include them on one of my Poised For The Mainstream predictions lists. Sadly their rise to infamy has yet to come, but many elements of The Scythe of Cosmic Chaos make me hopeful for the future. Have you ever wished a death metal band could perfectly replicate the experience of exploring the deepest corners of the ocean...only to discover otherworldly terrors? That may sound like a strangely specific niche, but such is the world of Sulphur Aeon. Influenced thematically by the eldritch horrors of HP Lovecraft and always sounding as if they were recorded underwater; their works make "Mermaider" sound like a kiddie pool party. F#$k the mariana trench, the album is from deeper places where Dagon and the shoggoths roam. Blackened riffs ebb and sway like a shifting current, drums pound like thunder, and M.'s death growls echo like the calls of Cthulu itself.

Critiques: This album gets off to a rocky start. First of all, the opening instrumentation on "Cult of Starry Wisdom" is almost an exact retread of the far superior "Calls From Below" from the previous album. Seriously, listen to those tracks side-by-side and tell me they aren't uncannily similar. That is...until the clean vocals kick in. And while I appreciate the band trying new things to keep it fresh, I don't find this doomy delivery to be particularly well executed, and they often end up detracting from otherwise decent songs like "Yuggothian Spell."

The Verdict: Sulphur Aeon's latest journey below is an imposing experience, no question. I continue to devour the thick atmosphere of unspeakable undersea terrors, but problems persist in terms of the persistent sameness. And unfortunately even the new ideas don't quite stick the landing. That said, I continue to have high hopes for this band and encourage you to listen to both this and the previous album.

Flight's Fav's: The Summoning of Nyarlathotep, Veneration of the Lunar Orb, Lungs into Gills