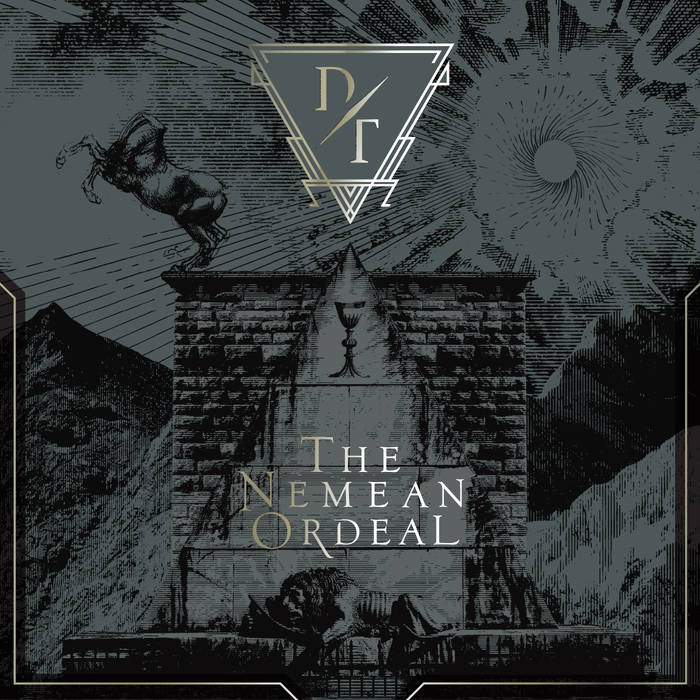 The Nemean Ordeal
by Dekadent

What I Like: What struck me about Dekadent so many years ago is the uniqueness of their sound, and that quality continues to bode well for them with the release of The Nemean Ordeal. Sure, there are plenty of familiar elements on display from the melodic black and death metal realms, but the manner in which this band puts them together makes direct comparison difficult. We've got soaring rock and roll guitar harmonies, grim and raspy black metal vocals, some melodeathy riffs, and a powerful atmosphere reminiscent of later career Enslaved. I also enjoy the few non-traditional instruments the band throws in like the meditation bowls that open "Wanax Eternal" of the gong that kicks off "Lavantine Betrayal." It's always a bit odd to walk away from a black metal album with "good vibes," but that's exactly the kind of music on display.

Critiques: The band's production style was something that bothered me about Veritas, and it continues to be a problem here. I am all for keeping black metal to its gritty roots, but given Dekadent's flair for more epic, melodic sounds; an approach akin to that of Enslaved seems more appropriate. As it stands, everything sounds muddled, especially the guitar distortion. The songwriting also still feels a little clunky, especially on the often dull "Solar Covenant."

The Verdict: To be honest, after the long wait and anticipation I am a little disappointed with The Nemean Ordeal. Don't get me wrong though, I am rooting for these guys. I truly believe that with the right producer providing further guidance on both songwriting choices and mixing, Dekadent is capable of great things. It's like looking at a pile of top quality building materials: the potential is there to build something incredible, but it takes the right person helming the construction.