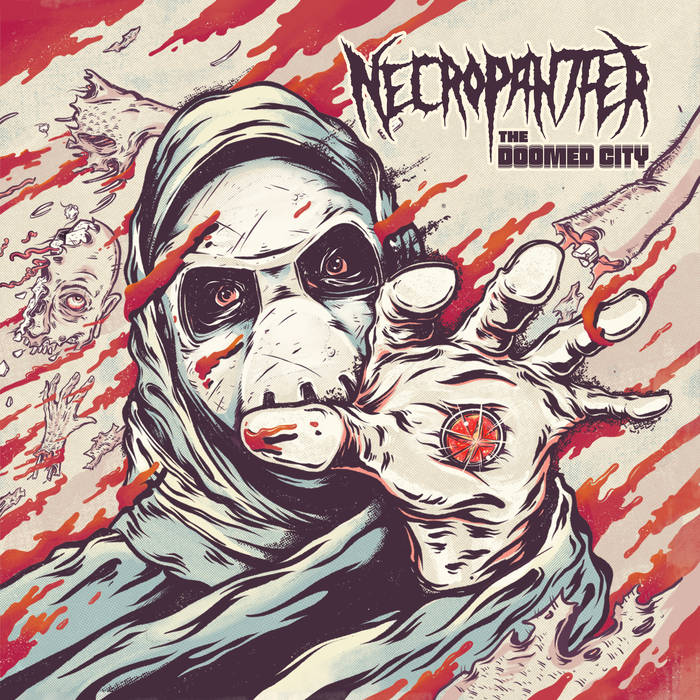 The Doomed City
by Necropanther

What I Like: Melodic death metal and blackened thrash are amongst my favorite subgenres, so when you combine them with nerdy sci fi references it's basically a match made in heaven. The raging riffs and phlegmy, Chance Garnette-esque vocals on the previous album won me over in a huge way, and the Frank Herbert allusions helped them also stand out from the pack. Enter The Doomed City, and it feels as if Necropanther are only getting better and better at what they do. Much like "Imperium Overture" on Eyes Of Blue Light, "Renew" sets the tone from the beginning in a big way. The pummeling drums and Dethklok-level guitar harmonies are epic in every sense of the word, and this energy persists throughout the duration of the album. And speaking of which, The Doomed City really confronts my previous critiques on consistency head on. It possesses all of its predecessor's strengths, but in a tighter and more cohesive package.

Critiques: The slower and more midpaced moments, while offering some much needed pacing and dynamic variety, fail to be as interesting on their own as the faster bits.

The Verdict: A major step forwards for an already solid and intriguing band. Gothenburg and blackened thrash fans alike should run to pick up this release, and be sure to also check out my interview with the band if you haven't already.