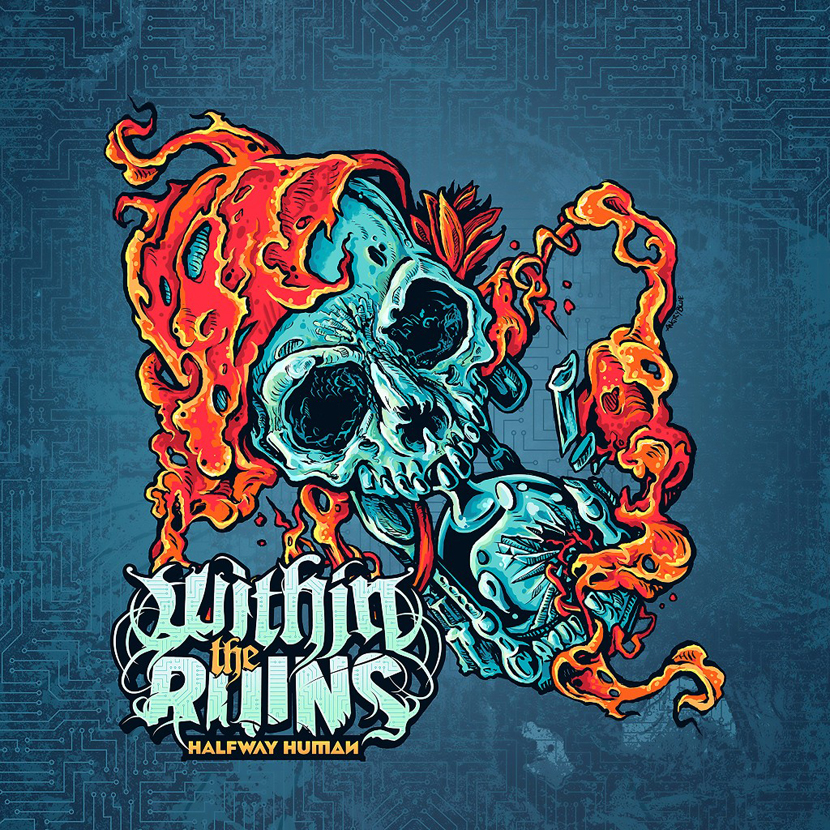 Still One Of The Best

Halfway Human
by Within the Ruins

The Pitch: Massachusetts technical deathcore/metalcore band cranks out a dizzying new album for headbangers and guitar enthusiasts alike.  And what of the new clean singing?  FFO: Sikth, Periphery, Thy Art Is Murder

What I Like: I have said it before and I'll say it again, these guys are so underrated.  While many of the mainstream deathcore acts out there are content to just be brutal and not do much of musical note, Within the Ruins are ALL about the riff.  Joe and Kyle are monsters when you hand them a guitar, and in this way are much more in line with progressive metalcore acts like Sikth than say Whitechapel.  The incredible instrumental part 4 of the ongoing "Ataxia" series can certainly stand as testament to their abilities as musicians.  Yes, they djent, but damn do they take that word to another level.

When these amazing compositional and performance chops align with the bass, drums, and harsh vocals of Tim Goergen it all just comes together perfectly for me.  The stars align.  There is not much more I can say about this record that I haven't already said about their last album, Phenomenon.  If you enjoyed that brilliant, heavy, comic-themed release than it is highly likely  you'll dig this one as well.  In fact, even though this one isn't quite as consistent, the best songs may be even better on this one than the last.

What I Don't Like: So here's the thing: I'm sure many of you are wondering how the band's first foray into clean singing has turned out on Halfway Human.  I think the best summary is "it works fine."  The performance is more than halfway decent and nothing on here irks me too much.  I do think that (oddly the first single chosen) "Death of a Rockstar" is the weakest track, but my qualms with that one are more lyrical than musical.  I think the biggest critique I have with these clean additions isn't that they are bad, but rather that they all sound the same.  They add a little variation here and there, and some of them work better than others from a songwriting stndpoint; but by and large it feels like "okay, copy-paste moody vocal harmony here, here, and here."

The Verdict: Even though I don't love the clean singing, it rarely distracts from my listening experience.  And thanks to all of the other elements, this is overall a BANGER of an album.  If you count these guys out due to genre labels or the new vocal additions without hearing out the guitars at least, you're a goon.  Buy it now wherever you choose to purchase music.  Best Buy has the CD right now for only $8.99!