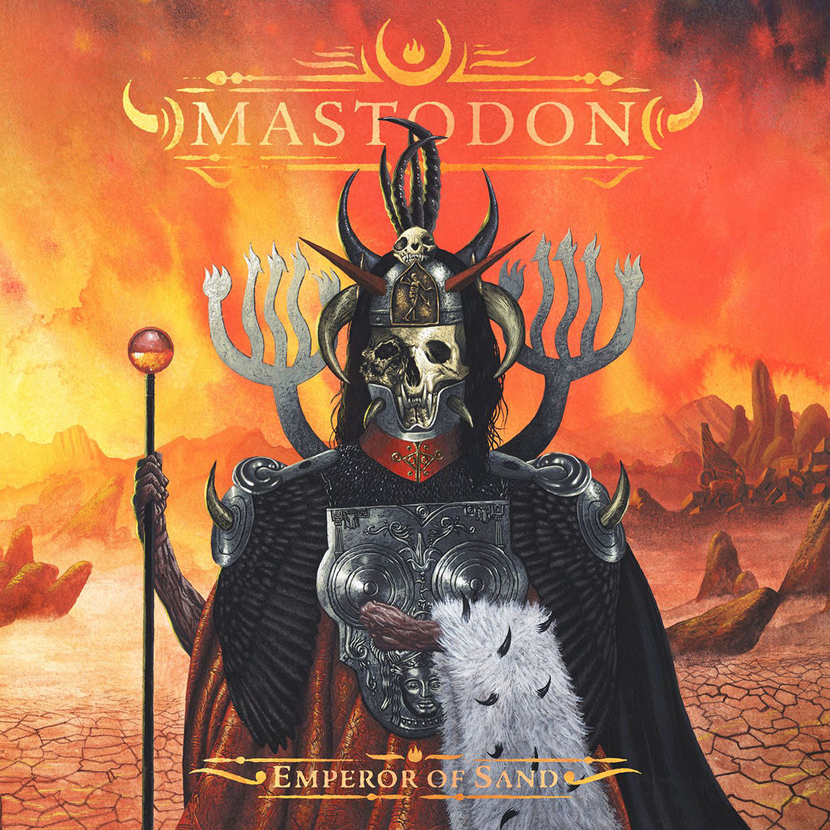 Roots Remain, But Down Deep

Emperor Of Sand
by Mastodon

The Pitch: Atlanta progressive metal band Mastodon returns from the somewhat divisive (I loved it) Once More Round The Sun promising an album more in line with Crack The Skye, arguably their finest work.  Can they deliver?

What I Like: There are some solid moments to be found here, which is no surprise considering every member of this band is a talented musician. "Sultan's Curse" opens the album on a strong note and seems to deliver on the promise above.  I could definitely hear the mixture of psychodelic acoustic and sludgy electric guitars on CtS or Leviathan for that matter.  The variety in terms of vocals is also totally on point, ranging from the usual moody to gruff that have become a trademark of the band.  This is probably my favorite song on the album, but I also enjoy a few others like "Steambreather."  If one aspect of Emperor Of Sand stands out, it's the guitar across the board.  There is no shortage of great hooks and ripping solos...even when the track itself doesn't quite come together.  Which brings me to...

What I Don't Like: Hoh boy.  Unfortunately there are some stinkers here too.  "Show Yourself" is just not a song I can get down with.  Those who complained that OMRTS was getting too commercial will probably not have much better to say about this one.  It seems to be mostly a combination of some misguided vocal melodies and the production surrounding them (with emphasis on the latter).  While I thought OMRTS maintained some edge to it despite the more straightforward songwriting; a lot of these tunes feel downright poppy.

And unfortunately it's not just in a "radio friendly" kind of way.  There are several moments on this album that made me downright wince.  "Ancient Kingdom," "Word to The Wise," and "Jaguar God" are all pretty good examples of this problem, even if they each have their admirable moments as well.  "Jaguar God" sounds like it's trying to be a big closer like "The Last Baron," but the noticeable changes surrounding the mixing of the vocals and their delivery makes it mostly fall flat (aside from the rousing solo).  And even when better songs like "Andromeda" and "Scorpion Breath" try to get heavy again, I hear recycled riffs from earlier material.  Compare the recurring riff of "Andromeda" beginning at 2:19 to "The Wolf is Loose."  Very similar, but without anywhere near the same energy.

The Verdict: Those who took the time to read my thoughts of challenging our musical biases: know that this was a tough one for me.  I really do love Mastodon and consider them amazing artists.  Unfortunately, they just don't bring it together on this album the way that I expect from them.  This is the first time I have wanted to put my head in my hands and shake it in disbelief while listening to one of their songs.  For all of my desires to keep my album collection going, I just can't throw my financial support at this one given all of the much better releases coming out this year.  In the big scheme of all metal and rock out there, this is still pretty average stuff; but as a Mastodon album, EoS is almost definitely their worst to date.  Sorry guys.