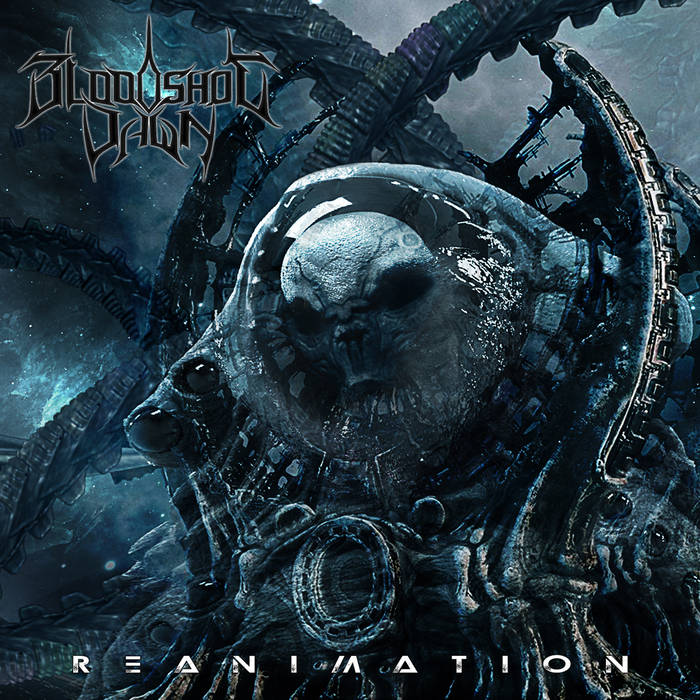 The Pitch: The return of UK melodeath band Bloodshot Dawn after their surpise hit Demons. Aside from founding member Josh McMorran, Reanimation finds them with an entirely new lineup (including drummer James Stewart of Vader). Can they maintain the hype? FFO: Aspherium, Allegaeon, The Haunted

What I Like: "Damn...they didn't waste any f#@king time with this intro did they?" said Flight only seconds into "Seared Earth." Bloodshot Dawn have never been shy about solos, and Reanimation is no different. With guest appearances from the likes of Jeff Loomis (Arch Enemy) and Mendel Bij De Leij (Aborted), this album is all about the tasty hooks. New guitarist Morgan Reid picks things up right where we left off, never missing a note. I honestly wouldn't know the difference had it not been pointed out. And while I do have some critiques of the vocals below, I am pleased to hear the band playing with a wider spectrum of approaches. There are the usual screams, TBDMish blackened shrieks, and parts of "Battle For The Omniverse" even sound like straight up Corpsegrinder brutality. You can also catch further contributions from Paul Wardingham (solo artist) and Ken Sorceron (Abigail Williams, The Faceless).

Critiques: In comparison to Demons, this album feels less focused with transitions sometimes feeling clunky. And despite credit paid to the variation in vocal styles, I still feel that they are the weakest aspect of Reanimation. Josh's default approach just doesn't get my motor running the same way as Marco Aro or Mikael Stanne, and the execution of the tonal shifts strike me as somewhat random. More overall attention to songwriting in this area would go a long way.

The Verdict: Overall, Bloodshot Dawn continue to be an impressive band in a genre full of imitators. They've got the riffs and the energy required to make a solid melodeath album. However, Reanimation does feel like a slight step back from their exciting sophomore effort. I'd like to see this new lineup regroup and come back as a tighter songwriting unit next time around.

Flight's Fav's: Survival Evolved, Upon The Throne Of Fear, Shackled