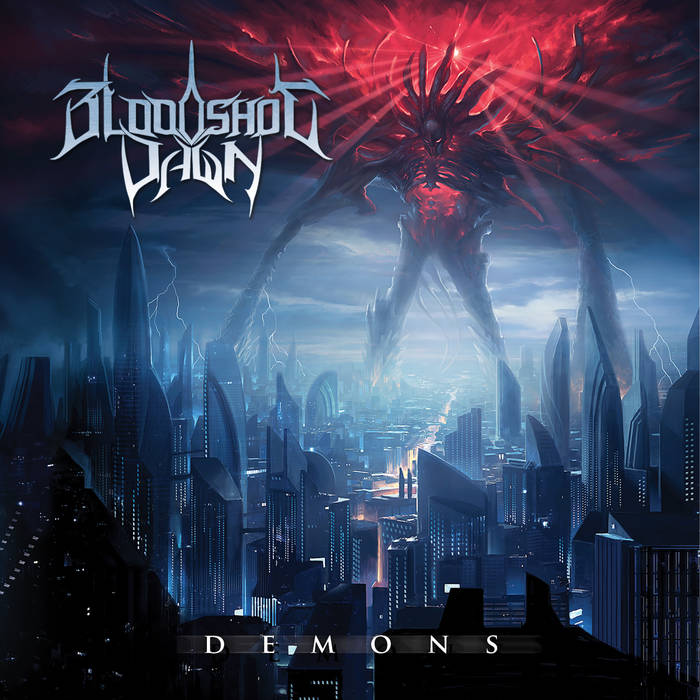 You Win This Round, U.K.

Much like the opening moments of this album, I’m going to dive right in. As far as the production goes, this is very similar to what I heard on Aspherium’s Fall of Therenia. The mix is very heavy on the treble end with a highly compressed crunch to the guitar. I’d say it falls somewhere between Children of Bodom and Mors Principium Est. Not much keys though. Overall it works fairly well.

The obvious highlight here is that the guitarists are EXTREMELY proficient. We have all heard melodic death metal riffs a million times before. You heard one, you’ve almost heard them all. But this is melodeath on cocaine. From the very beginning of “Smoke and Mirrors,” know that your cervical vertebrae are in danger. The one-two punch of the double bass and guitar is the equivalent of being dragged underneath a train. But not just any train, more like that one from Snowpiercer. If there is one problem here, it is that things are moving so quickly that I find myself grasping to comprehend all the riffs as they fly by.

It is unfortunate that I do not like the vocals as much. At times the approach comes off as a bit grating, but I can’t put my finger on why. On the plus side, there is more variety than usually showcased in the genre. There are the deep, deathy grumbles, Haunted-esque shouting, and high screeches a la Black Dahlia Murder. “Human Void” also has some very passionate-sounding guttural moments. My other qualm here is the usual one: cheesy, cliché lyrics. References to “the palm of your hand” and “finding another way” abound.

There are a few tracks that stood out to me, for better or worse. “The Image Faded” has an absolutely stunning midsection that at times bordered on the epic soundtrack qualities of Equilibrium’s Sagas and Turis Fratyr. While I tend to get annoyed when solos go on forever, even within this very album, the nearly endless one here was so full of varying emotions, textures, and movements that I found myself wrapped up in every sweat-soaked second. "Unified" sports several riffs that struck me as being a bit more original than the rest. This was particularly impressive given that I lost count of how many appear throughout the course of these 7 minutes. An unlikely but apt comparison that came to mind was Periphery. While Bloodshot Dawn does not share the “djentiness” or clean vocals, the approach to riff progression and styles being played are quite similar at times. Somewhat ironically, the track “Inadequacy” right after shows just that. It pales in comparison to the predecessor and I just feel a bit tired as it drags on with banal Children of Bodom melodies and guitar solo after guitar solo. There is, however, a really cool bass solo near the end that was an unexpected and nice addition.

In the end, it is clear that Bloodshot Dawn worked their ass off on this album. I have a weird bias about post-80’s metal bands out of England, but these guys won me over. I was a bit miffed at what score to give when I looked over my pros and cons, but given the clear level of work and above-average construction, I rounded up a bit. I think a lot of metalheads old and new with love this album. As of the time of this writing, it was available for full stream via their Bandcamp page and digital purchase was only 5 Euro.