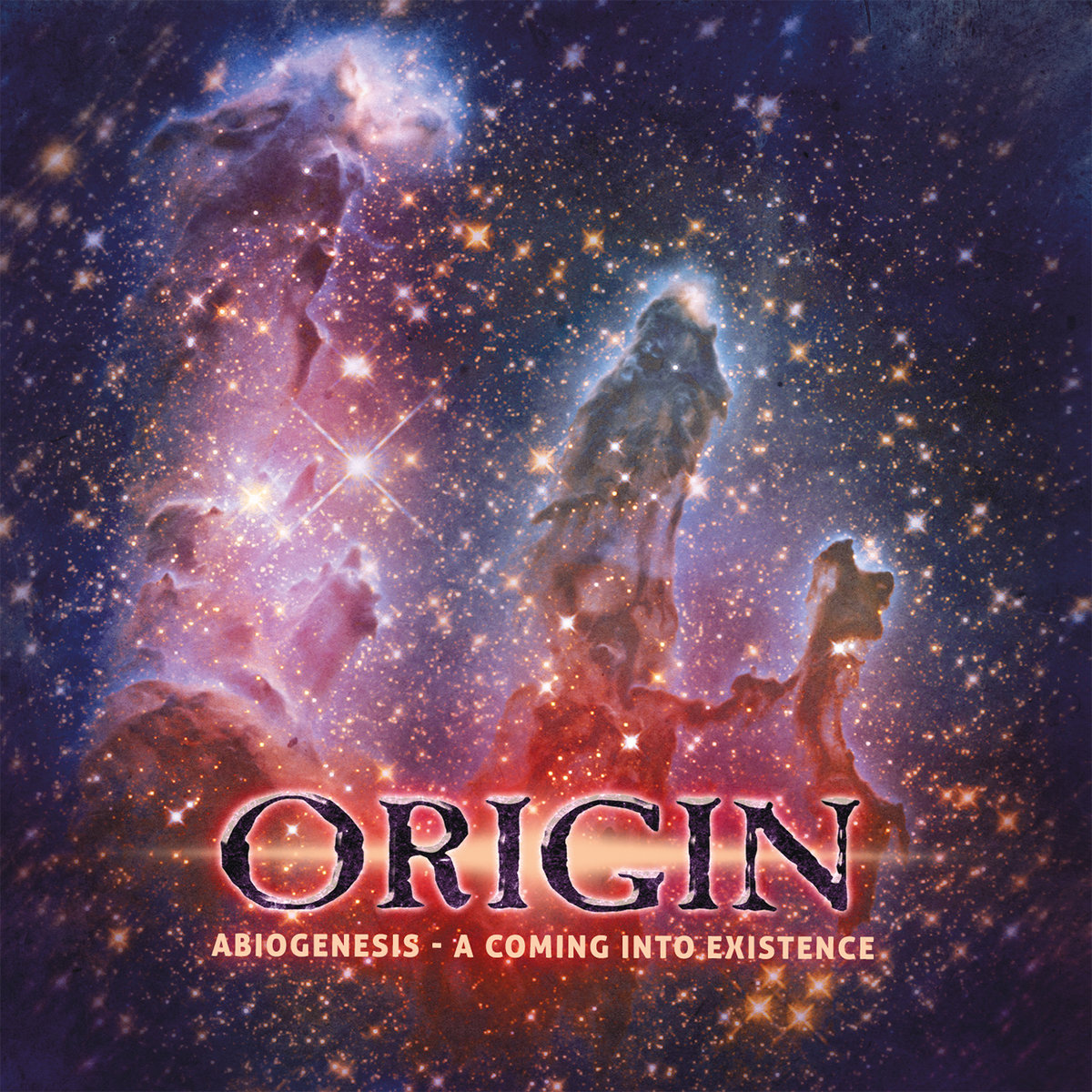 Dozen track compilation of early Origin material that demonstrates some pioneering, but falls a bit short of later work

Abiogenesis - A Coming Into Existence
by Origin

Today's band is one that requires rather little in the way of an introduction. Nonetheless, for those who aren't up to speed, Origin is a Topeka, Kansas-based tech death collective that's been on the radar since roughly the late 1990s. With many full-length album releases under their belt, the outfit now decided to delve back into their origin (for lack of a better work)...their starting point of a career. And, with that being said, we come to a new, yet at the same time old, collection of material to check out. I personally haven't heard much of this stuff before so I'm going in somewhat cold. Let's see.

Abiogenesis - A Coming Into Existence, as some may have guessed, is a compilation of the artists' very early/demo material, with many of the songs featured being pre-Origin music from back when the band played under a different name. One part of the release being Abiogenesis (which focuses on the pre-Origin songs) and the other being a re-release of their Coming Into Existence EP, this particular work was done to honour the band's 20th anniversary from the date of their first debut release. Long story short, it's a pretty mixed bag with twelve tracks amounting to a little over 27 minutes of content released via Agonia Records.

Basically the first half (or first eight songs) of this compilation represents Abiogenesis: being Origin's very early demo material. The overall sound of most of these tracks sounds very little like the band's prime material, which is understandable enough given the lack of an established sound at the time. These songs are very short in length, with most being under two minutes, and the sound points to more of a grindcore fusion rather than a techy atmosphere, which I thought was reminiscient of early Cattle Decapitation or Cephalic Carnage.

The production aside (which I don't have much to say about here), I didn't really find much memorable aspects of Abiogenesis aside from a couple tracks like 'Bleed as Me', which was a standout for being slightly more structured and having some moderately noteworthy tech death guitar riffs that sound more like modern Origin. Also, I thought 'Infestation' was a likewise solid song for its catchy bass lines and outro breakdown, so there is a little bit of merit to be found on Abiogenesis among all the other songs that just kind of blend together.

On the flip side, Coming Into Existence was a very solid addition and a big step up on nearly all fronts. At this point, especially from groovy and techy tracks like 'Sociocide', which is lightning paced and hectic as all hell and includes my fave droning/breakdown riff on the release; and 'Manimal Instincts', which had good vocals, it is clear that the band found their sound. The other two songs were alright two but in general, I enjoyed this part of the release a lot more than the previous. Additionally, this entire release is pretty damn short, which may leave some wanting to hear more.

In all, while this is a cool piece of metal history and nice to own for a collection, there is quite a bit of material on here that sort of pales in comparison to other later material. I had to give it a little bit of leeway for being more of a retrospective compilation than anything, and there are some songs that I legitimately enjoyed and that I thought exhibited some decent ground work for future material. I'd still encourage fans to check it out, especially for the songs I mentioned, and just to see how far Origin has come since then.

For Fans Of: Origin, duh