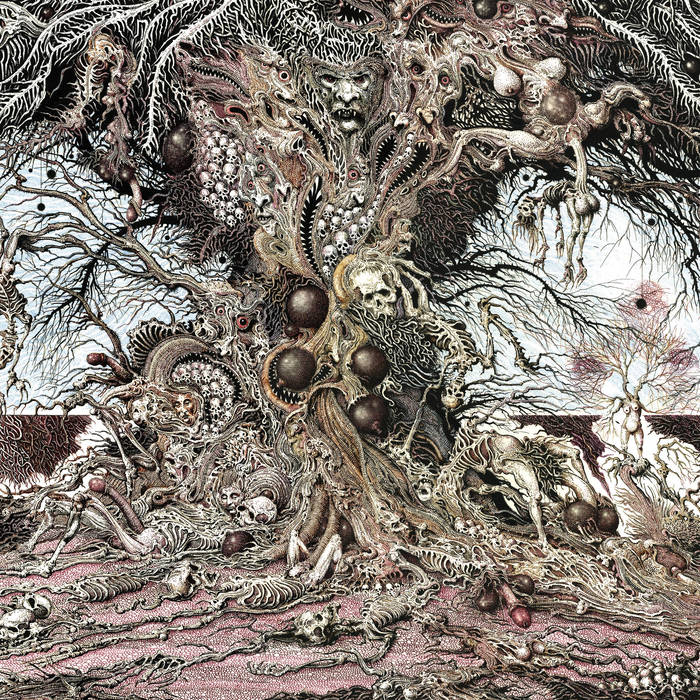 What I Like: Ulthar's sound is that of slick, sime-coated tentacles slithering and coiling around the listener in a sickening display of dark kink. Pummeling blasts cascade like an aroused heartbeat alongside contorted, angular guitars and cavernous blackened snarls. As on the previous album, their approach is at once bludgeoningly primitive and impressively technical. As such, it can be difficult to predict which direction a composition will turn, and that's not even considering more overt surprises like the haunting synth ambient intro of "Through Downward Dynasties" or misleadingly somber acoustic that kicks off "Undying Spear." In general, this tunneling worm of an album goes where it pleases leaving a trail of thick, pungent mucus in its wake.

Critiques: There's a bit too much repetition on some of these songs that takes me out of the experience. Certain riffs become monotonous over time on tracks that otherwise start off quite engaging.

The Verdict: Providence is an album that burrows deep and rots the insides.  Ulthar don't create music; they conjure Eldrich creatures to sonically destroy their own hapless audience.