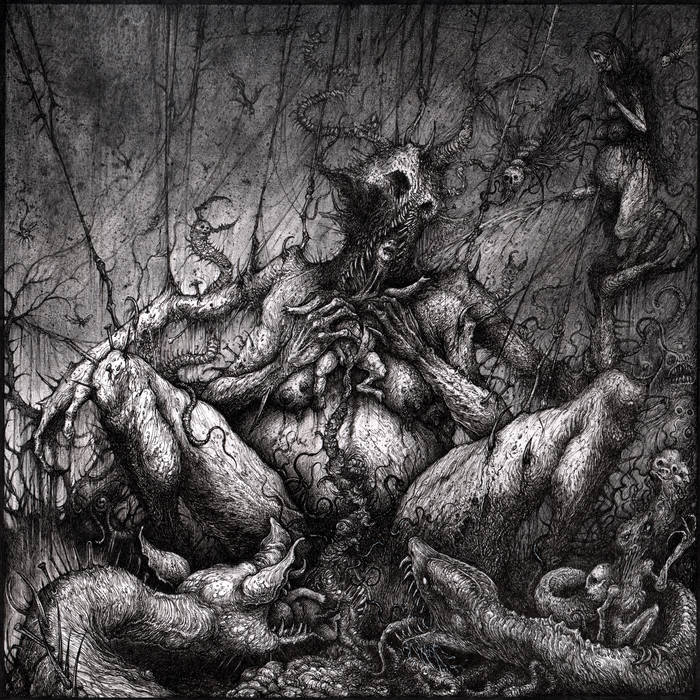 What I Like: "Outpregnate represents a universe where medieval satanism arises and extinguishes the morality with carnage, apocalyptic hate, eternal sodomy and murder." If ever there was a single sentence that fully encapsulated the whole of an album, this is the one. Eggs Of Gomorrh are less a band than a singular destructive force. Much like Malthusian, their approach is a delightfully depraved technical amalgam of black, thrash, grind, and death metal that violates the laws of both natural and moral order. Malicious blastbeats, contorted guitar violence, and unearthly death snarls drag the listener clawing and screaming to a fate worse than death. Outpregnate is a world of interdimensional torment that makes the horrors of this world seem like a Sunday walk in the park.

Critiques: This is another one of thos situations where I only wish there was more. 17 minutes is such a tease.

The Verdict: Another impressive release from Krucyator Productions. Outpregnate really satisfies that dark corner of the psyche that everyone possesses, whether they openly admit it or not. Furthermore, Eggs Of Gomorrh check off all of my boxes when it comes to the things that make a noteworthy metal band.