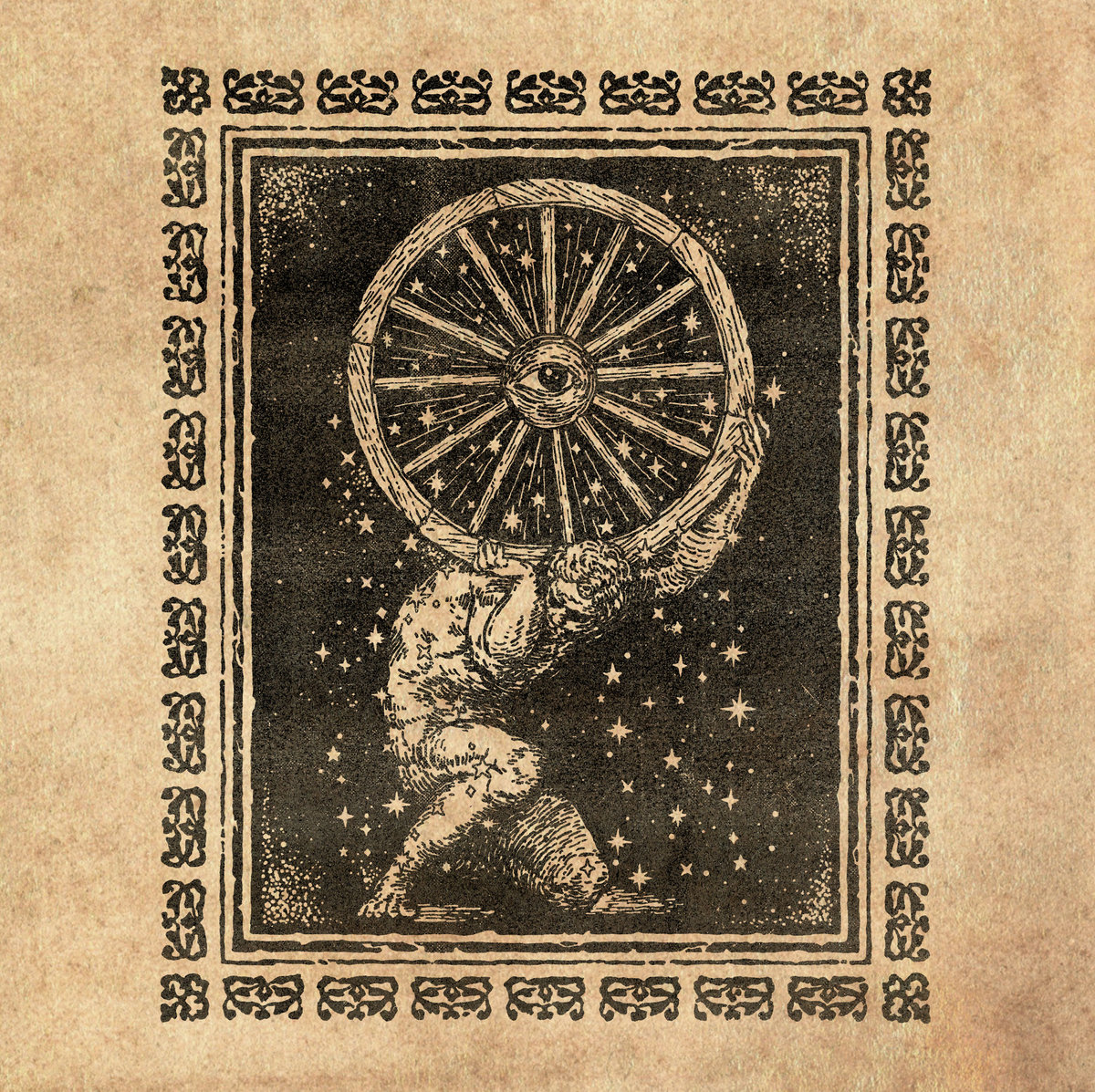 Nubivagant- The Wheel and the Universe (Album Review)

The Wheel and the Universe
by Nubivagant

Whether you’ve seen his contributions to black metal listed under the name Thorns or Omega, chances are good you’ve come across the work of this Italian musician over the years.  Initially known for his drumming with bands like Handful of Hate, Blut Aus Nord, Fides Inversa, and Frostmoon Eclipse, in more recent years Omega has shown his skills on all instruments through the likes of Darvaza and Nubivagant.  The latter emerged in 2020 with the Roaring Eye debut and showcased a hypnotic, atmospheric variant of black metal that emphasized repetitive riffs and drum patterns alongside somber singing that gave off a dark and ethereal tone.  Two years later Omega has returned with the second Nubivagant effort The Wheel and the Universe, which refines the elements from its predecessor and offers an even more mystical and entrancing atmosphere.

Roaring Eye offered a lot of intriguing ideas through its stripped down, repetitive riffing but also started to fall flat by its conclusion.  While The Wheel and the Universe hasn’t radically changed the foundations of the songwriting, the material here has a bit more staying power and the way these repetitive layers build over time proves to be a bit more entrancing.  For the uninitiated, Nubivagant strips things down to repeated drum patterns and aggressive yet atmospheric riffs that twist and turn over the course of each song.  Elements sprawl outwards methodically, changing course ever so slightly without altering the basics established early on, and the results are able to lull listeners into a hypnotic like state.  Sometimes this is accomplished through much slower and sparse drum patterns and riffs, while tracks like “Clothed With the Sun” utilize pummeling drums to batter you into a similar trancelike state.  While this approach makes the music in danger of overstaying its welcome and a few of the earlier songs do approach this territory, the simplicity of the approach also makes many of them stick with you over time.  The Wheel and the Universe is also helped by the shift of its final two tracks, as “Between the Moons and the Stars” removes the distortion in favor of haunting melodies while “The Great White Throne” ups the melody even further.  Here Nubivagant has the atmosphere of medieval leaning black metal with the psychedelic leanings of a band like Wolvennest, and that drew me in further.  The instrumentation may feel a bit more reigned in and memorable than the debut, but this is still an acquired taste as some listeners are likely to bounce off the repeated verses and time it takes for each piece to reach its atmospheric peak.

Rather than going for the typical screams or shrieks that are typical for black metal, Nubivigant finds Omega utilizing singing that booms out over the recording with an almost ethereal presence.  At times it’s somewhere between singing and chanting, and this immediately gives the material a very different tone than is typical for the genre.  Where Omega’s pitch sometimes felt like it was starting to get slightly off-key and the performance couldn’t sustain itself for the entirety of each song on Roaring Eye, that’s no longer the case here and the vocals come through as much stronger than before.  For me this makes a significant difference as the powerful clean tones merge with the aggressive bursts of instrumentation in ways that make the whole package stand out that much more.  The aforementioned “Between the Moons and the Stars” even has a bit of a neofolk vibe to it, and these extra textures push Nubivagant further than before.

Nubivagant isn’t going to be for everyone, but I can’t think of another black metal album that has occupied as much of my summer listening time as this one.  It’s not perfect, as the repetition does get stretched to its limits on some of the longer songs and it isn’t until the end that there’s a true stylistic shift, but if layers of hypnotic riffing and ethereal atmosphere sounds like a good combination to you then definitely check this album out.  Omega has made some clear strides forward in both songwriting and singing, and while I am curious just how far he can push this hyper focused approach before it starts to sound too similar we’ll just have to see what the future brings.  The Wheel and the Universe is available from Amor Fati Productions.