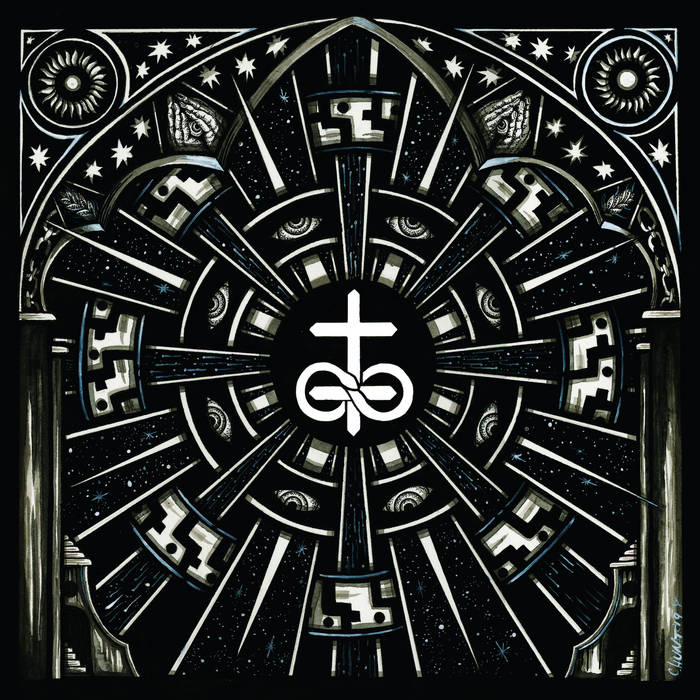 The Pitch: Denver, CO sludge duo In the Company of Serpents return once more with their specific brand of vagrant, fireside sludge on LUX . FFO: Mastodon meets Tom Waits

What I Like: With their previous album, Ain-Soph Aur, I described the sound of In The Company Of Serpents as "bluesy, drifter doom" and "sludge played under a bridge by a campfire." I remain proud of that description, and it continues to hold true for Lux. Guitarist and vocalist Grant Netzorg sounds like a world-weary hobo with his gravelly smoker's croon; bringing a certain Southern swagger to the riffs along the way. The hooks are simple, but effective...hypnotic even. The swaying rhythms of “The Fools Journey” and rumbly bass groove of “Scales of Maat” conjure the gritty feel of cold concrete and rusty rebar. On the latter I’m sensing just a touch of 90’s alternative attitude a la the Helmet amidst the doom. It’s the type of song that might have been on The Crow soundtrack. These waves of distortion are then offset by the pure Waits acoustic and lap steel of "Prima Materia." Despite the stripped back, streamlined approach to the music, the lyrical concepts are anything but. Lux continues the trend of heady, meditative concepts, this time focusing on the notion of a Prima Materia, " a fundamental root-essence behind everything in the manifest universe."

Critiques: There is a sense at times that certain songs are a little longer than they really need to be, but overall it comes together quite well.

The Verdict: Lux is a grim and often nihilistic sounding album that harnesses chilling atmosphere to great effect. Throw in guest appearances from Colorado Chamber Players violist Paul Primus, Primitive Man guitarist/vocalist Ethan Lee McCarthy, and Khemmis guitarist/vocalist Ben Hutcherson, and In The Company Of Serpents are sure to make some waves in these bleak times.