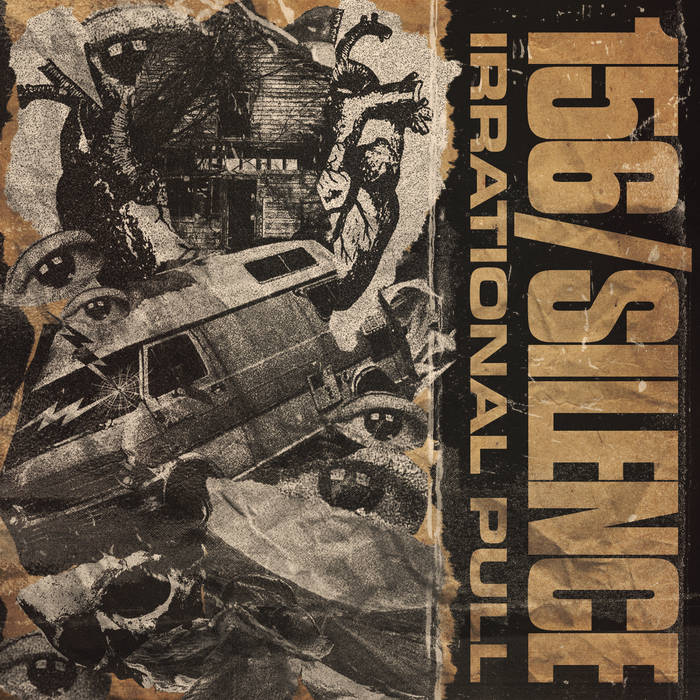 What I Like: It seems that ditching the trappings of a label was a wise move for 156/Silence. Whereas 2018's Innerstrength Records outing Undercover Scumbag felt like a streamlined, step back for the group, Irrational Pull presents nothing but the road ahead. First and foremost, the title track is easily the best thing the band has done since their 2017 single "Turmoil." But while the latter found the band ditching the melodic, emotional post-hardcore roots of their debut in favor of the mathcore leanings of The Chariot, "Irrational Pull" sees the band channeling Daughters by implementing more experimental songwriting and unnerving, mumbly vocals to great effect. This element crops up elsewhere throughout the album, including opening track, "High Dive In A Low Well," and always makes the heavier parts really pop when frontman Jack Murray suddenly shifts to his aggressive hardcore snarls. And aside from the obvious developments in the vocal department, 156/Silence also continue to deliver on hard-hitting riffs, with the effects-driven guitar hook on "Conflict of Interest" and vulgar-sounding bass rumble once more of "Irrational Pull" being among my favorites.

Critiques: Honestly, I was really hoping that they would go all in with the sound featured on "Irrational Pull." More weirdness, please. It not only makes for great songs... it helps them stand out from the gazillion other hardcore bands out there.

The Verdict: Clearly, 156/Silence found themselves at a crossroads between Knocked Loose breakdowns and serial killer fever dreams and said, "Why not both?" I only hope to see the band give even more into the depths of their darker, reptilian nature on future outings.