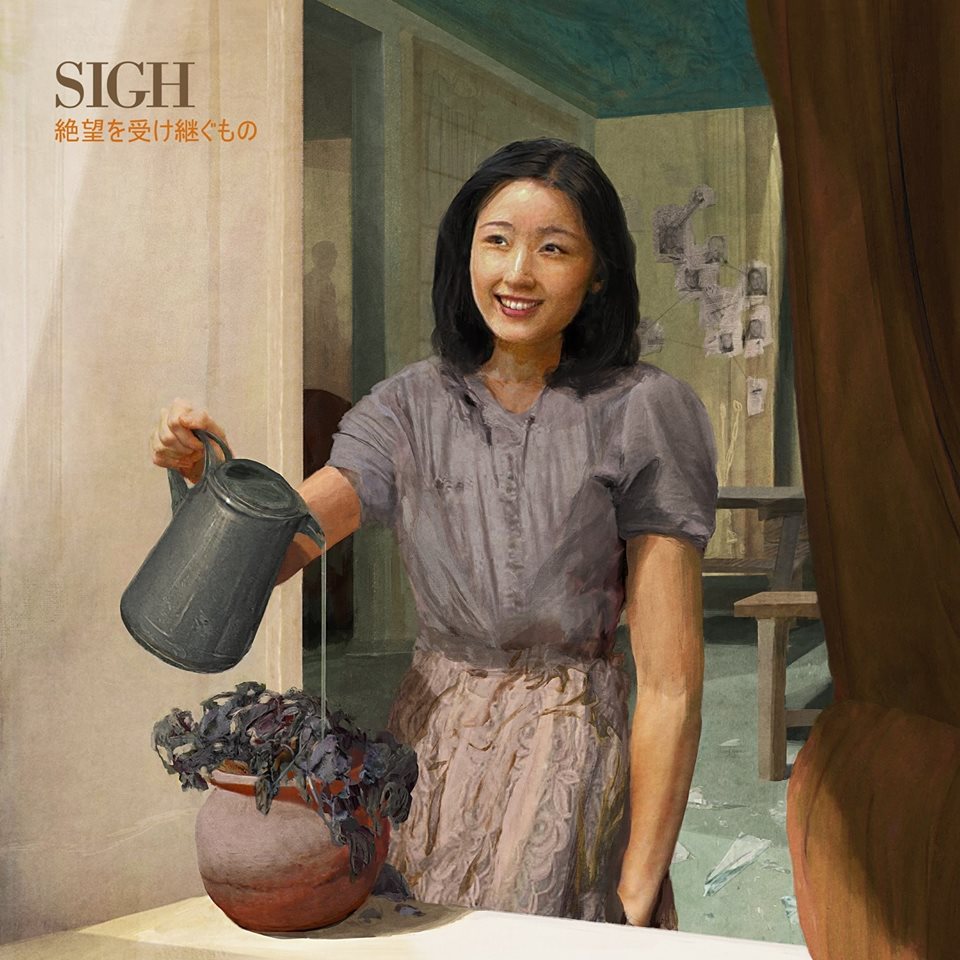 Heir To Despair
by Sigh

What I Like: I absolutely loved Graveward. Arguably Sigh's fastest, heaviest album to date, it was brimming with thrashy riffs and ripping sax solos. In just 3 words: over the top. Not content to rest on its laurels, Heir To Despair  promises a different direction entirely. Reportedly inspired by "old crazy progressive bands like Brainticket, Embryo, Agitation Free..., etc.," the album shifts attention to psychedelic song structures, vintage keyboards, and flute while also venturing into the stylistic influences of their Eastern region. Conceptually, it takes the perspective of a person spiraling into the depths of insanity, attempting to convey the internal thoughts and experiences in music.

It seems appropriate that a band known for their maniacal unpredictability would take a crack at this concept. And while I don't feel comfortable calling Heir To Despair Sigh's most chaotic album to date, it's definitely up there. "Aletheia" opens the album with some serious atmosphere. It’s a grand collision of Japanese vocals and Al Namrood; laced with vocoder, sitar, and Topshur(?) This gives way to more aggressive, Graveward-esque material like "Homo Homini Lupus" and "In Memorieo Delusional." Gotta love the dueling guitars on the former, and of all people Phil Anselmo makes a guest appearance. But just when you start to feel some familiar footing, the floor drops out from beneath you with the pure electronic avant-garde of the "Heresy" trilogy.  Who let Mike Patton in the studio? And it all comes to a close with a 10 minute prog opus. What a ride.

Critiques: While I greatly admire the creativity and balls that goes into including tracks like “Heresy” I, II, and IIII, it’s not something I really love listening to. After the first few times I started skipping this part.

The Verdict: So many years in, you might expect the artists of Sigh to take it easy with some less challenging music. Not this band. With Heir To Depair, Sigh are perhaps more ridiculous than ever. Can we even call this black metal anymore? Regardless, this is must listen stuff.