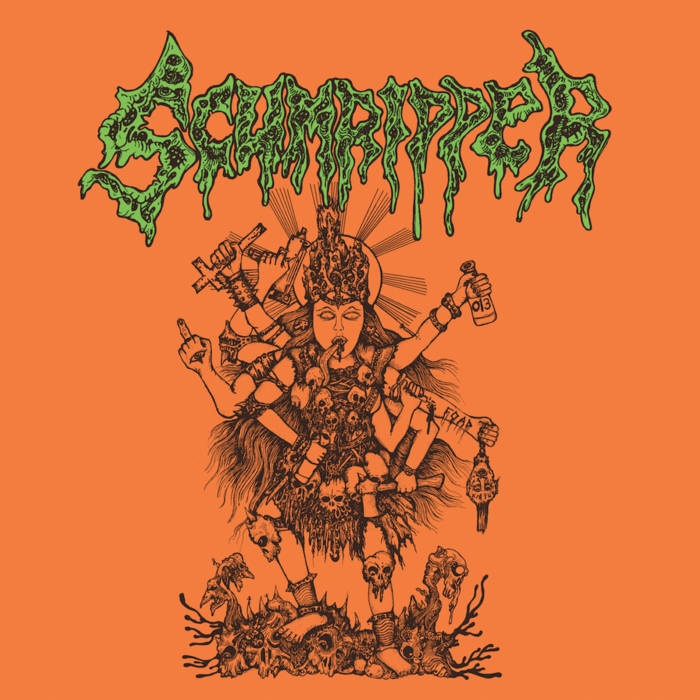 What I Like: Just plain decadent and revolting.  You've got the raging 80's punk riffs lacerating limbs like rusty chainsaws to a swift D-beat.  This is a true gutter phenomenon, and also why we can't have nice things.  Following the likes of ZOM, the already vile grunts and snarls are drenched in destructive, echoing reverb that is sure to bring down the house.  The more I listen to this, the more I feel transported back to the release of albums like Welcome To Hell.  Kronos should be proud.

What I Don't Like: To criticize a crust or punk group for not doing anything more than making the previous generation go into shock would be a pointless exercise.

The Verdict:  You're scum.  Prepare to get ripped.  Scrumripper is available now on digital, and on vinyl 3/31.