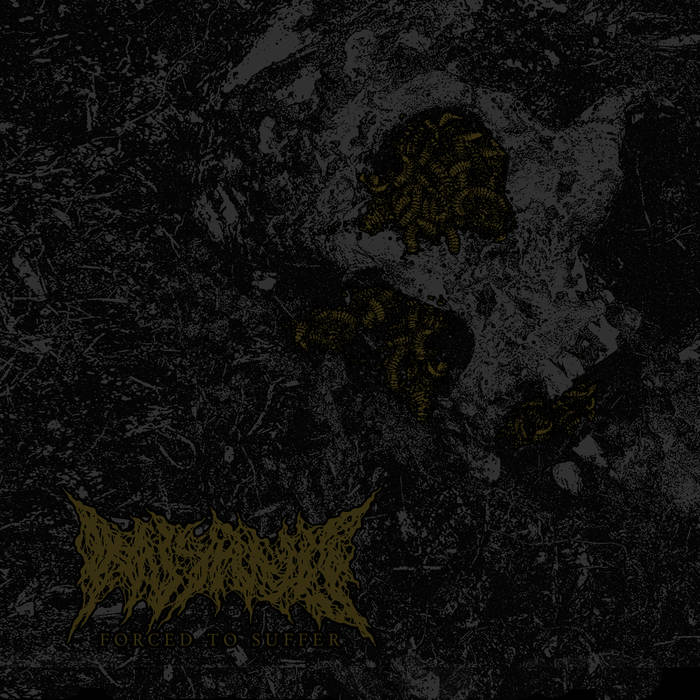 Forced To Suffer
by Misrule

The Pitch: Misrule is Portland deathgrind from Sentient Ruin. "Within its framework of devastating extreme metal and tumefying aggression lies a critical mass of collapsing emotions and unravelling psychological horror that have yielded a mere eight minutes of absolutely unfathomable sonic terror, where themes of pain, punishment, bigotry, fear, and depression are funneled by sole mastermind S. Mahoney into a coercitive and utterly pulverizing amalgamation of ferocious grindcore obliteration and merciless blackened death metal chaos that defies any categorization." FFO Vermin Womb, Primitive Man, Knelt Roe

What I Like: F&%k me. I thought that Ethan McCarthy had pretty much taken a stranglehold over this style, but he's got some new competition in Misrule. It seems impossible to me that Forced To Suffer was not at least in part inspired by Vermin Womb. From the oppressive musical approach to the album art, there are plenty of comparisons to be made with the excellent Decline. Mahoney utilizes equally punishing drumming, chugging basslines, and dissonant guitars to craft an atmosphere worthy of the deepest circles of hell. This is among the most consistently bludgeoning 8 minutes of metal music I have ever heard. Not a drop of concentrated, disdainful bile is wasted whether Misrule is in full grind mode or exercising some restraint with sludgier tracks like "Led to the Grave."

Critiques: This is another one of those times where one might argue whether this EP ends up being redundant in the face of its peers... or even an outright carbon copy. But as someone who just can't get enough of this style, I'm willing to welcome another player into the fold.

The Verdict: Forced To Suffer is sure to be among the best EP's of the year. You'll be hard pressed to find a more concentrated burst of violence. If Mahoney can make music like this on his own, I am dying to hear what a collab between him and Ethan might sound like.

Flight's Fav's: Forced To Suffer, Led to the Grave...all of them really