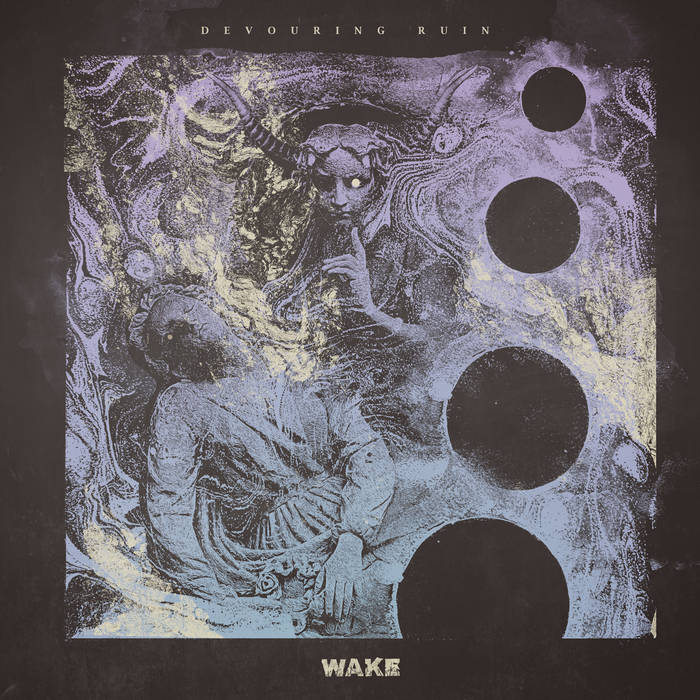 What I Like: I am all for bands varying up their sound, and really how much mileage can you really get out of straight, no-nonsense deathgrind? Rather than try to top the vicious onslaught that was 2018's Misery Rites, WAKE find themselves taking a different approach with Devouring Ruin. Gone are many of the Vermin Womb/Full Of Hell, blastbeat-infested ragers of the last two releases, replaced by focus on more plodding (sometimes even proggy), atmospheric arrangements. What remains can scarcely be called anything close to grind at this point. Rather, Devouring has much more in common with modern black and blackened death metal releases from the likes of Svart Crown. There are certainly faster parts here and there, but I implore you to shift your expectations and open your horizons going in if you want to get the most out of this much more dynamic outing. Ben Hutcherson of Khemmis and Glacial Tomb even has a guitar part on "Mouth Of Abolition" if that tells you anything.

Critiques: Even after adjusting for my original expectations, it's hard for me to get into this as much as Sowing The Seeds or Misery Rites. Those albums had such a primal, brutal fury that is simply missing from Devouring Ruin, and personally that is exactly what I come to this band for.

The Verdict: Ultimately, for me, Devouring Ruin is a mixed bag. On the one hand, much respect to the band for staying true to where they are at sonically. On the other, it's just not really where my headspace is right now. That said, consider this an especially subjective opinion. If you're in the mood for sludgy, doomy black and death metal about Kyle's "self destructive patterns" and "the wake of self defeat,” this may be EXACTLY what you're looking for.

Flight's Fav's: This Abyssal Plain, In the Lair of the Rat Kings, Monuments to Impiety