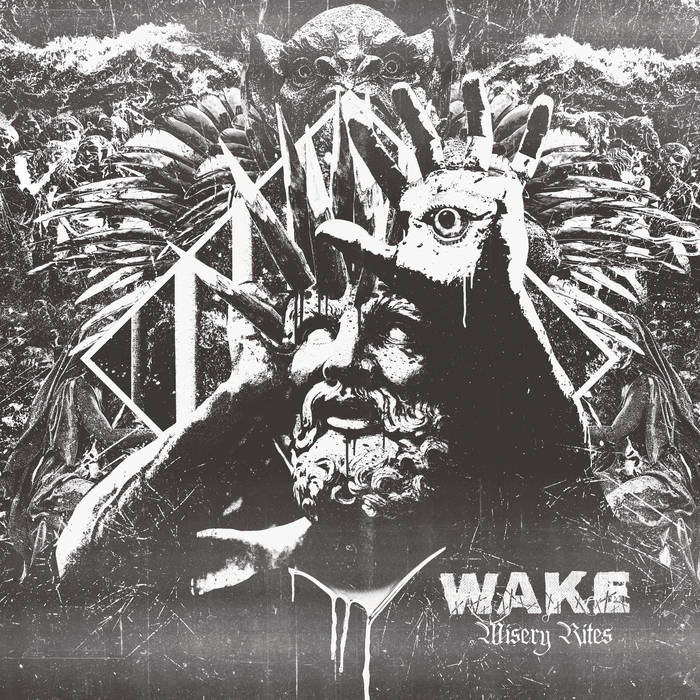 What I Like: Misery Rites is a relentless rager stacked high with the corpses of Wake's enemies. The album deals with "the metaphorical killing of the person you hate being only to eventually end up back in the same place, just to start the cycle again," says vocalist Kyle Ball. If that wasn't brutal enough, Ethan McCarthy (Vermin Womb, Primitive Man) does guest vocals on a few tracks. The finished product is a densely compacted mess of oppressive noise on par with recently lauded works from Full Of Hell and Bufihimat. The blastbeats are bludgeoning and the death growls quite terrifying. Simply put, this is some heavy s#!t. Just how I like my grind: blackened and bitter.

Critiques: Wake don't take the steps some of their peers have (namely Full Of Hell) to differentiate their sound from the pack.

The Verdict: All of the adjectives! Crushing! Brutal! Intense! Misery Rites should be an easy sell for those looking to have their skulls bashed in. With their new abum, Wake will sandblast your bones into polished ivory.