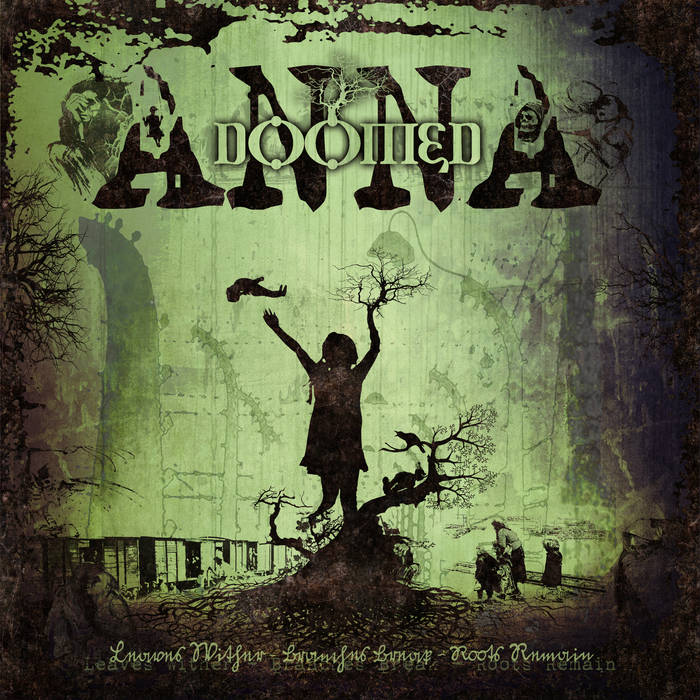 It's time again for more DOOMED!  This german death/doom band was one of the earlier bands I reviewed for the site, and definitely one to get me more interested in this genre.  Their 2015 effort, Wrath Monolith persists at being one of my favorite doom albums of the year and perhaps even above all.  But now we welcome DOOMED's latest effort, Anna, one-man mastermind Pierre Laube's concept album about political and religious fanaticism.  How appropriate for an election year.

When last I left DOOMED, I had praised the project for delving further into the extreme death metal sound and fusing it more fully with the funeral doom elements than on previous releases.  Maturation continues on Anna, with all of the previous growth intact, but now delving into a bit more experimentation.  Mind you, I'm not talking mind-blowing, avant-garde elements; but rather a few forays off the band's usual beaten path.  The trademarks certainly remain.  By now the guitar tones and riffing style have become so synonymous with this band that I could pick out a song within 5 seconds tops.  Crunchy, palm-muted chords with some zesty pinch harmonics are layered with a lattice of sinuous, effects-laden picking and sliding.  It's an approach I find engaging and ripe for little hooks.

As for the changes, there are a few.  The one I noticed first was the vocals.  While they still largely maintain the deep death growls found on Wrath Monolith, the production feels slightly different and the delivery feels a bit more gargly and brutal than before.  There are also some shorter tracks, which is a marked departure from the general format.  "Anna" is under 4 minutes and definitely the strangest song on the album.  It features a very moody funeral emphasis, complimented by very gloomy, gothic whispers and spoken word.  As the track progresses, these voices become more layered and contorted with various effects before erupting back into a snarl.  While not my favorite track, it is one that certainly left an impression. 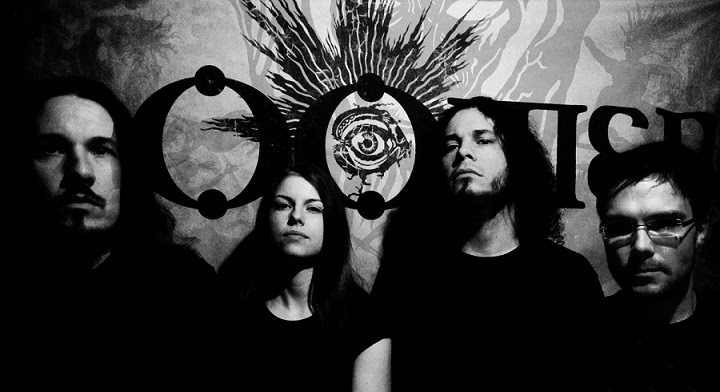 "Roots Remain" may be the shortest track to date, but it is a pretty standard (and quite pretty) piano interlude.  I also like the return of the Septic Flesh-like clean vocals on "The Frozen Wish," which along with "As The Thoughts Began To Be Tarnish," is a favorite song of mine.  If you liked Wrath Monolith's "Looking Back," you'll know what to expect from this closer.  Again, these are not massive surprises, but rather a few things that jumped out at me as I was listening to the album.

I do have one complaint about this album, though it's a small one: I don't fancy the mixing job on "Your Highness The Chaos."  The guitars are really loud making the vocals, which already have a low register due to their depth, sometimes barely audible. Simply bringing up the volume on the growls a few notches could have made a wonder of difference.

But by and large, I really dig Anna.  DOOMED continues to prove that funeral doom doesn't have to evoke images of weeping in the dark and smearing your eyeliner; it can be interesting, riff-driven, and above all heavy as any death metal record.  The instrumentation and compositions on all of these tracks have a nice flow throughout the album, and little additions of strings ("The Weeping Trees") and other instruments continue to be tasteful and additive to the overall concept.  And as always, I love the mixture of  abrupt pummeling ("Withering Leaves") with brighter, rock guitar leads and solos.  There is a reason I continue to pimp this band's name above all other doom groups, and it is time that more people started to take notice.  Stream Anna below.