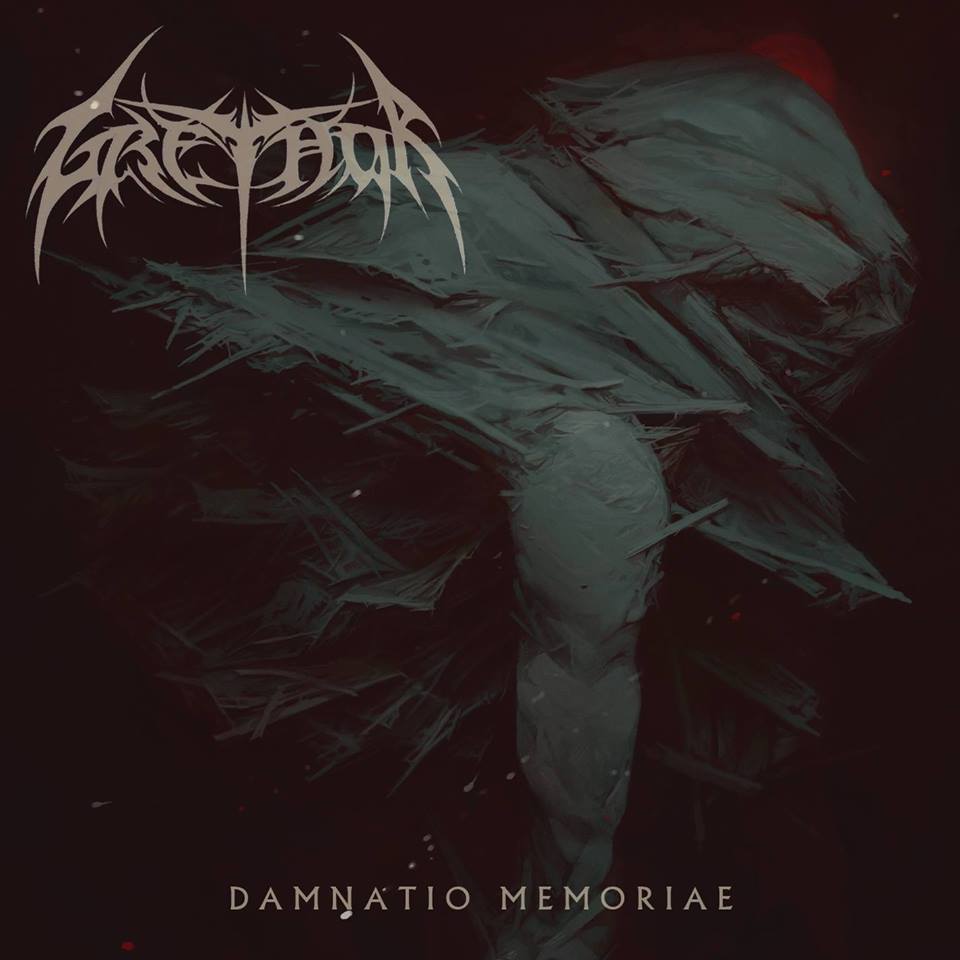 The Pitch: Returning experimental black and death metal band Grethor have joined with Edgewood Arsenal to deliver their first full length album. Damnatio Memoriae is Latin for "condemnation of memory." The Roman Senate adopted this as a form of dishonorable punishment against traitors and criminals who brought shame to the Empire. This punishment, stipulating that a person must not be remembered, was regarded as a fate worse than death. The central lyrical themes of the album are dehumanization, authoritarianism, and the decline of critical thinking. FFO: Seputus, Malthusian, Dendritic Arbor

What I Like: First of all, I was just happy to see the name Grethor turn up in my inbox again, especially now attached to label support.  Their last EP, Cloaked in Decay was a fantastic romp through the dark and decrepit, and I was excited at the prospect of hearing the band grow and develop. Fortunately, these guys haven't developed a sunnier disposition. Damnatio Memoriae is every bit as sickening and imposing as its predecessor.

The technical aspects of the musicianship remain; lurching forwards in the form of discordant guitar solos and Deathspell Omega-ish grinding drums and dissonant riffing. These are my favorite moments, and the very same stylistic elements that drew me to the band to begin with.  Similarly, the vocals persist in being as vile as humanly (or inhumanly) possible.  Multiple members contribute, resulting in a layered bit of destruction in the form of both death growls deep from the diaphram and blackened, wretched snarls choked through the larynx. It's an approach that makes me think of Pyrrhon and Seputus in particular. On a final note, there is a particular ride cymbal pattern that the drummer seems to favor, and while it's arguably overused, it naver fails to stick in my brain.

Critiques: Taken as a whole, this album falls short of the EP.  Damnatio Memoriae nearly doubles the length, and in doing so loses the focused, concise nature that helped Cloaked in Decay work so well. The more simplistic, traditional compositional elements feel like they are just padding the length in a repetetive manner, especially on the seven and a half minute "Weaponized Madness." If we distilled this album to a leaner 30-40 minutes, the result would feel tighter and more consistent.

The Verdict: While Damnatio Memoria isn't quite as impressive as the band's previous work, there are plenty of moments that shine. Grethor is a skillful and competent young group worthy of your time, and the ratio of high to low points works in their favor. I highly recommend checking this album out, and whether you love it or not DEFINITELY grab Cloaked in Decay.

Flight's Fav's: Enantiodromia, Requiem for a Strawman, The God of Eugenics