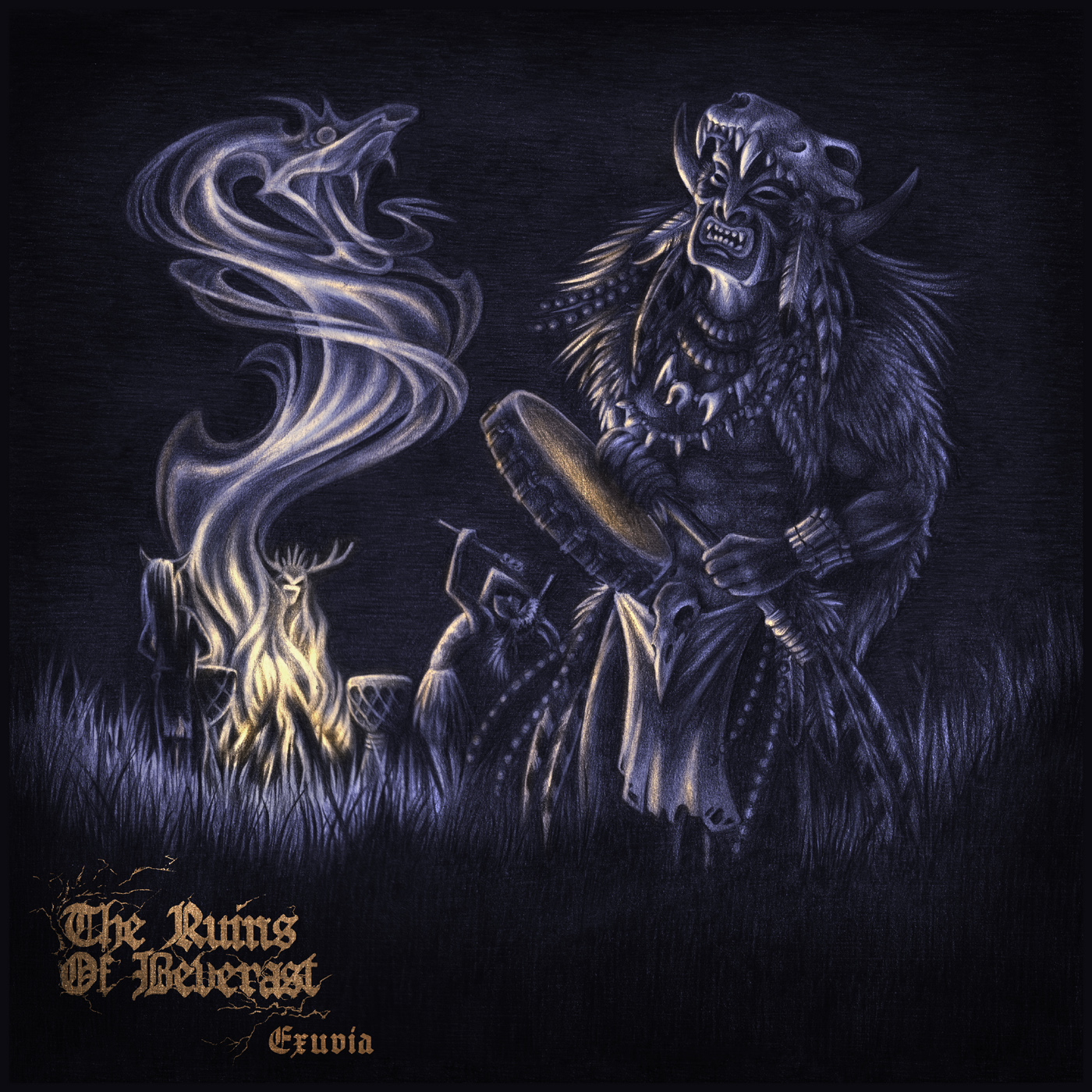 Exuvia
by The Ruins of Beverast

The Pitch: The new album from Ruins of Beverast and Ván Records.  "Exuvia is a vessel of constipated lethal bacteria, loading an atonic fluid, a venomous substance of colours, a marsh of florescence. It is a fortress against a siege machine of spiritless organisms and so much a yell to nature's cleansing spirits."  FFO Bölzer, Leviathan, Death Karma

What I Like: Picking up where we just recently left off with the previous EP, Exuvia continues to be more of a dark meditational experience than your typical black metal album.  It is built on a hefty foundation of enormous, reverberating drums that often carry an aesthetic of tribal rituals; perhaps even of a sexual nature.  Compositions incorporate a variety of sounds from the droning and ambient to more eclectic, synth-laden ones not dissimilar at times to the most recent Emptiness album. "Maere (On A Stillbrith's Tomb)" in particular opens with a guitar hook straight out of Not For Music.  Riffs take other forms as well.  In this same song there are grim stretches of ominous, midpaced tremolo; which when joined with the deep growls frequently remind me of Scar Sighted.  Conversely, "Towards Malakia" has an epic, but simple, melody that strangely recalls Converge's "Pheonix in Flight."  Strain your ears a little and you'll even catch some bagpipes on "The Pythia's Pale Wolves."  Vocals also like to drift around stylistically, uilizing clean baritone, shamanistic chanting, and grim, blackened shrieks.  All put together, I'd say this album feels spiritually similar to Bölzer's Hero, though in a way that feels more concise and rewarding.

What I Don't Like: For all of its harnessing of styles and sounds so masterfully, it's still not quite as fulfilling to me as Leviathan's last album.  Something about it was just more memorable and led to increased replay value.  Also note that this one may be a bit of a grower.  It took me 2-3 listens before it really started to set in, so be ready to clear at least 2 hours in preparation.

The Verdict: A powerful, atmospheric, and ecclectic experience that could serve some niche yoga studio just as well as a smokey concert venue.  Arguably Ruins of Beverast's finest album to date.