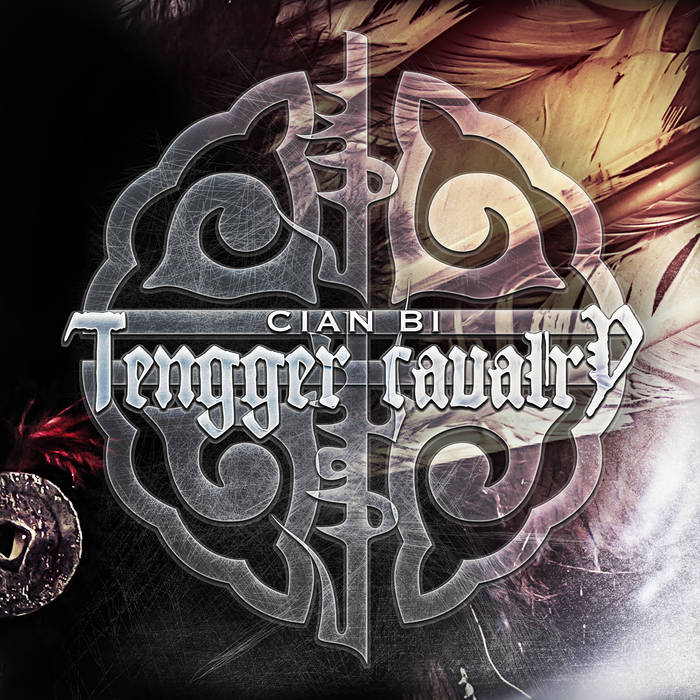 Newly signed to Napalm Records, "Tengger Cavalry, or "the army of sky god", is not only a Billboard-featured metal band, but also a symbol of nomadic warrior spirit that connects fans from all over the world. With a mix of throat singing, Mongolian fiddle and Central Asian instruments, the band performed a sold out concert at Carnegie Hall and featured in CNN, New York Times and The Wall Street Journal."

That's quite a list of accolades. I first came across Tengger Cavalry when they had just released the excellent Ancient Call back in 2015. Despite being several years and many albums into their career, the band was still relatively unknown. Their humble beginnings in China saw them utilizing more of a black metal style, but since then the band has matured into something else entirely. While they still utilize heavy guitars in their music, other aspects of compositions have moved away from metal elements into emphasis on traditional Chinese folk instrumentation. These days it's rare to even hear screaming on a Tengger Cavalry record as frontman Nature has been honing his craft as a throat singer.

Now based out of New York and having experienced a prolific rise to fame, the band shows no signs of slowing down with their 6th LP Cian Bi. I have been a little concerned about the band's sudden upkick in their release schedule. In addition to putting out pretty much an album a year; in between they have a subscription service where they were constantly releasing new singles, B-sides, and other bonus material. With such a glut of music, there is a risk of diluting the waters, or even outright poisoning the well. Fortunately the band has managed to keep things fresh, as with their completely overhauled re-imagining of Blood Sacrifice Shaman (a personal favorite), and last year's Die On My Ride; an album that featured many surprises (mostly good save for the brief experimentation with auto-tune).

Nature really has come a long way with his throat singing. While it used to be just another tool he would use here and there to add to the atmosphere, it has now been fully incorporated into his overall delivery as apparent right from the the title track. I could see how some might find the idea of this approach being silly, but quite to the contrary I was getting some interesting black metal vibes from it. When combined with the jawharp, Morin khuur, and Tovshuur, Tengger Cavalry continue to impress me with how much their sound has matured in just 3 years. The band has certainly outdone themselves with a few of these tracks, and their implementation of all manner of folk instrumentation is stronger than ever.

Cian Bi feels a bit more consistent overall than Die On My Ride, but it still sports it share of varied material. There are some powerful, instrumentally driven tracks like "Chasing My Horse" akin to Blood Sacrifice Shaman, as well as interesting electronic experimentation as on the aptly named "Electric Shaman." This latter fusion works surprisingly well, but others like "Our Ancestors" with its returning use of autotune and cheesy writing falls flat for me. At 15 tracks, there is definitely room fo a few missteps ("Just Forgive"), but for the most part the duration is very enjoyable. One general criticism I have always had for this band is that I have never particularly liked their choice of guitar distortion. It can feel jarring in comparison to the lushness of the other instrumentation.

Ultimately, I think this review has gone on more than long enough. Suffice it to say that despite my concerns of quantity over quality with Tengger Cavalry's neverending release schedule, Cian Bi is another solid entry for the group. I'm skeptical that the band can keep up this pace forever, but for now this release proves that the band hasn't run out of ideas and is always willing to try new things to change up their sound. I will say that this album feels a little bloated in length and not every experiment pays off, but there is more than enough ear-catching content here to please both old fans and new listeners alike. Long live the horde.