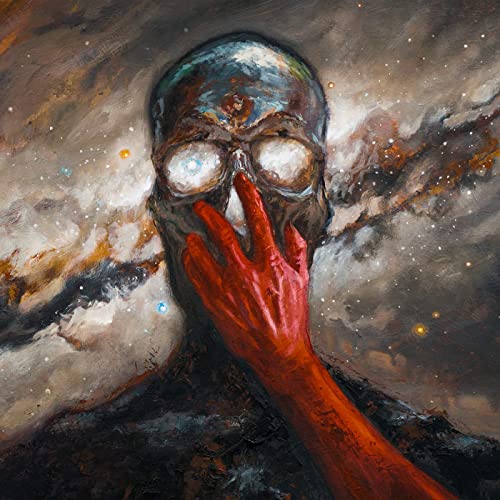 What I Like: Bury Tomorrow caught my attention back in 2018 with their previous album Black Flame, and I am pleased to see them back again with obvious growth on this new release. Cannibal represents another largely successful fusion of classic metalcore hooks and screams a la As I Lay Dying and August Burns Red with almost Sevendust level dramatic clean singing for a result most readily comparable to the now defunct Textures. Across the board, Bury Tomorrow have seriously stepped up their songwriting chops with compositions that are consistently as catchy as any of those bands' most anthemic songs. This is thanks to both stellar riffing and the aforementioned two-pronged vocal approach that also at times draws prasie-worthy comparisons to Killswitch Engage in addition to the other groups I've already named. I'm also picking up on some Architects influence this time around with the djentier parts on "Choke" and "Dark Infinite."

Critiques: Given that metalcore kind of drove itself into the ground a while back by overextension, this is a particularly difficult genre for bands to stand out in. Cannibal faces similar struggles in defining a truly unique sound for itself.

The Verdict: Just two listens in and I was already singing along to the highly infectious choruses and banging my head like crazy. Add Bury Tomorrow to my ever-growing list of excellent metalcore bands poised to turn the genre around in 2020.