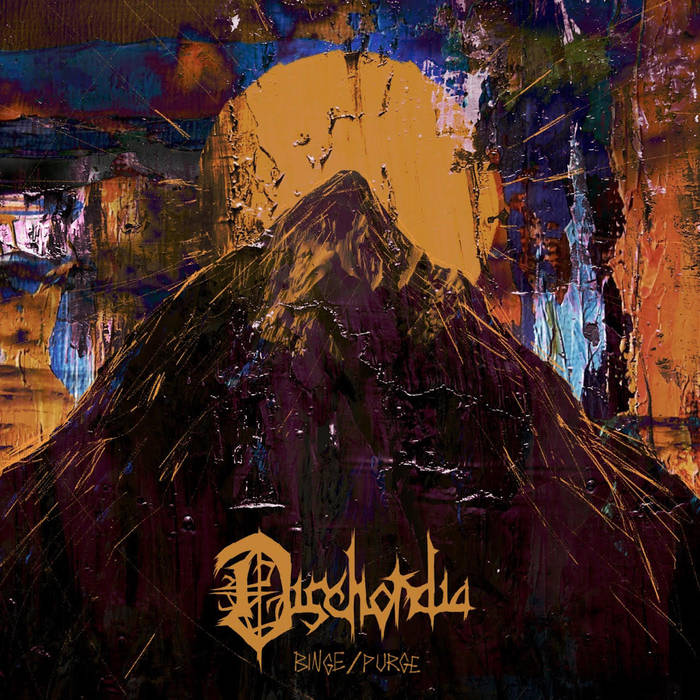 What I Like: Binge/Purge is a wickedly technical two song EP that packs every square inch of its 24 minute runtime with incredible performances. We previously covered the band's 2016 full length Thanatopsis, and this new release does not disappoint when judged against the same high markers. The two tracks very much embody the single words after which they are named. A "binge" is generally associated with impulsivity and lack of control;  endlessly consuming to fill some gaping emotional void. Appropriately, this first track personifies a sense of chaos and inner turmoil with its mathy, unpredictable songwriting. "Purge," on the other hand, carries a lumbering sense of guilt and self-loathing. The dust of the previous indulgence has settled, leaving only remorse and a desire to absolve and purify through self-destruction.

Critiques: Personally, I'm more impressed with the approach of "Binge," but those Gorguts fans out there will have plenty of love leftover for the slower, plodding desolation of "Purge."

The Verdict: Dischordia continue to plant their feet in firm competetition with better known bands in the genre. They really don't get the respect they deserve, but with your sharing and support I see the winds changing. If you like your death metal blackened, technical, and progressive then look no further than Binge/Purge. Stream it early HERE. Order HERE.