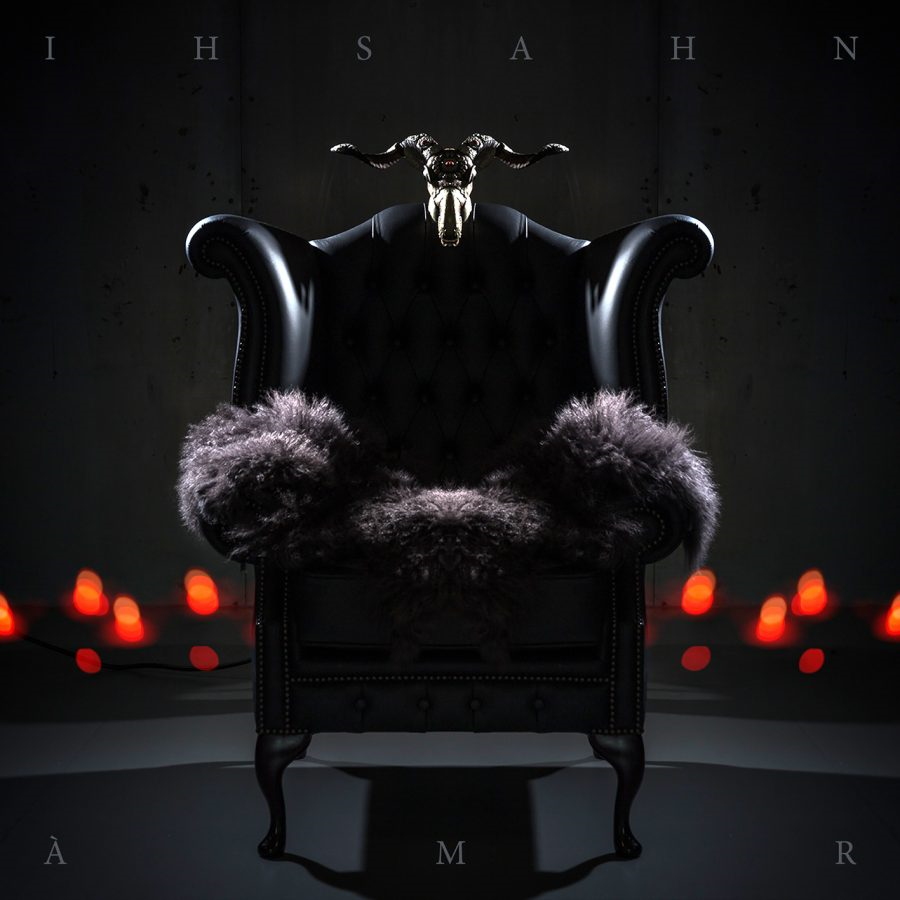 The Pitch: Norwegian legend Ihsahn returns with 'Amr. "Another immersive and frequently disorientating eruption of refined and absorbing progressive extreme metal, it echoes the meticulous precision and structural simplicity of 2016’s widely acclaimed Arktis. album while taking Ihsahn’s music somewhere entirely new, where the hiss and throb of old school analogue synths dominate and the atmosphere is airless and oppressive."

What I Like: As I mentioned in my previous glowing review of Arktis., I hadn't been closely following Ihsahn's solo career until about a year after the hype around the critically lauded Das Seelenbrechen. As a young metal enthusiast on the lookout for all things increasingly loud and extreme, the snippets I caught of his post-Emperor material didn't exactly leave me interested in hearing more. Fast forward several years of Ihsahn cultivating his sound, and (at the risk of sounding pretentious) myself developing a more refined, diverse listening palette, I recognize him now as one of the most forward-thinking artists in the scene today.

His constant experimentation and bucking of convention is particularly impressive when considering his stature within the community. Were he to rebuild Emperor and resume dropping albums under that moniker, Ihsahn could easily coast on a sea of black metal fame and nostalgia regardless of the quality of music. It would be like printing free money. Whereas underground innovators don't really have the option of simply "going mainstream," Ihsahn makes the active choice not to despite just how easy it would be.

But enough pontification, how does 'Amr stack up within his discography? I'd say it falls somewhere stylistically between the last two albums; exhibiting the experimentation and focus on atmosphere of DS but within the more conventional framework and melodrama of Arktis. As promised, there is an increased emphasis on electronic elements, particularly on tracks like "In Rites of Passage." These moments feel like natural evolutions of one of my past favorites, "South Winds," while also taking new and interesting turns.

In the end, 'Amr plays out like a deranged musical orchestrated in tandem by Freddy Mercury and Andrew Lloy Webber. It is filled with multitextured musical arrangements, a wide variety of emotional tones, and of course the occasional black metal flair that we all know and love. Instrumental performances soar, and Ihsahn's vocals are often worthy of Broadway.

Critiques: All said and done, and major props given for the bravery and innovation behind these compositions, I definitely prefer Arktis. over 'Amr. I just find the former to be a better balance of diverse songwriting with consistently engaging approach. In a word, Arktis. has more replayability.

The Verdict: Ihsahn continues his reign as one of the most intriguing mainstream names in metal. With 'Amr, it is clear that he continues to write, above all else, for himself. He's the David Lynch of dark, progressive music; and regardless of how much you enjoy the outcome, you have to respect that.

Flight's Fav's: Lend Me The Eyes Of A Millenia, One Less Enemy, In Rites Of Passage