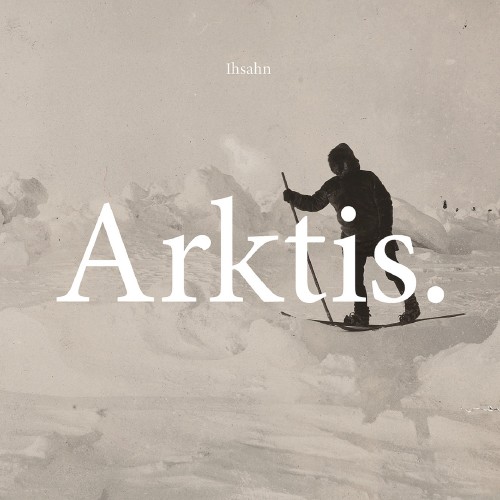 I've not been a big follower of Ihsahn. Sue me. I mean, I worship the man for what he did for symphonic black metal, particularly on his first two classics; but I just didn't really stick around to see much of the aftermath. I did dabble a bit in his previous and much lauded 'Das Seelenbrecher,' but even after repeat listens, I just couldn't really get into it. Fast forward to a few weeks ago when Pressure was presented as the leading single for the new album 'Arktis.' Floored. This is what I want. Let's see why.

First off, I was glad to see with subsequent songs and finally hearing the whole thing that Pressure was no fluke. 'Arktis' returns to Ihsahn's previous harsher sound while maintaining many marks of his continued maturation. From the get go, Dissassembled sets a strong tone. Blackened harsh vocals, powerful clean singing, and proggy riffs all draw comparisons to his Norwegian brethren Enslaved. Mass Darkness picks up the pace with rocking beats, soaring hooks, and some ripping solos that sound like a far more fleshed-out version of Children of Bodom. It's a one-two punch that really draws you in, and that's just the beginning.

Throughout the course of this album you are going to hear a lot of different sounds and styles. Organ accompaniment on My Heart is of the North, strange and almost danceable electronics on South Wind and Frail, smooth jazz fusion on Crooked Red Line; one minute its black metal Radiohead, the next a powerful musical. And yet there is a unifying concept that somehow brings all of these elements together into a cohesive work. A less capable musician would have ended up with a sloppy mix tape, and yet Ihsahn has crafted an hour of completely differing experiences that fit together like peas in a blackened pod.

Ultimately, I don't want to spoil too much. It's just that good, that unique, that impressive in scope. April as proven to be an amazing month for metal already, just like March was last year. We have started the second quarter with a bang. I'll be interested to see who can top these last few releases. But in the meantime, any buyer of 'Arktis' can be comfortable knowing that they hold in their hands a shoe-in for top 10 of 2016. Give it a lick below.