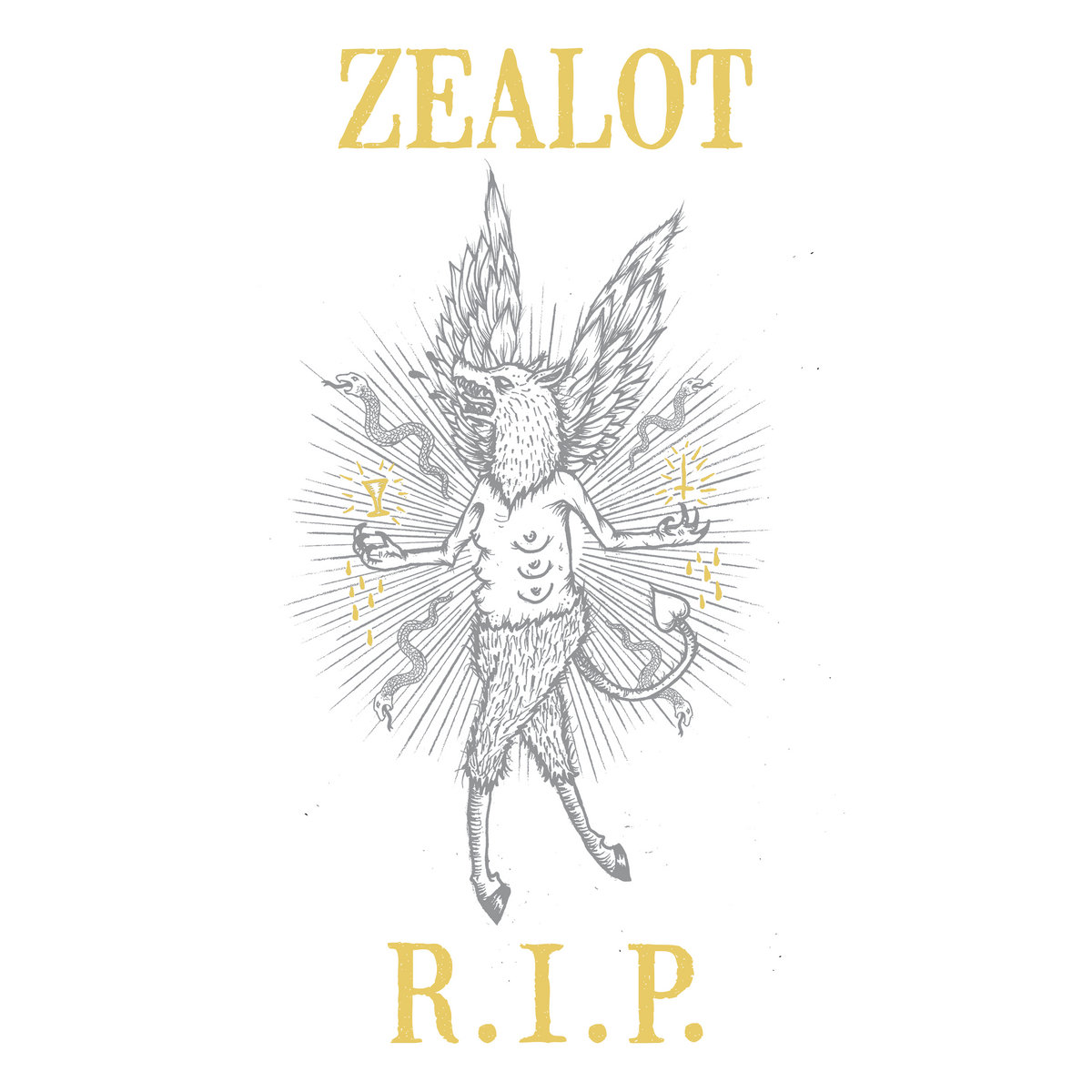 Zealot R.I.P. - The Extinction of You (Album Review)

The Extinction of You
by Zealot R.I.P.

Zealot R.I.P. brings together musicians who have been a part of the DC and Virginia music scenes for some time, with names such as Darkest Hour, Fairweather, Pig Destroyer, and Frodus likely to be familiar depending on which end of the metal and hardcore spectrums your tastes fall into.  But their newest release The Extinction of You doesn’t really sound too close any of the aforementioned bands, instead channeling equal amounts of straight up hardcore punk with some metallic hardcore and even a little noise rock.  It’s a quick burst of high energy and intense riffs and vocals that showcases a wide range of influences and a distinguishable sound, even at this earlier stage.

The Extinction of You takes the three tracks from the band’s self-titled EP in 2019 and adds four new ones into the mix, including the almost six minute closer “Covered in Flies” that makes up over a third of the run-time.  Like many of the hardcore/punk bands that Zealot R.I.P. was influenced by, the songs tend to come in fast with punchy riffs and move onto the next idea within a minute or two, but unlike your standard material there’s quite a bit of variation to the riffs that help to give this group more of an identity.  Stylistically there’s a wide range of punk sounds from the 80s and 90s, but the emphasis on the prominent bass line and lower tuning brings in a noticeable metallic edge.  “Worship the Servant” and “Personality Conflict” also channel a healthy amount of noise rock, with the lurching bass lines and chunkier guitar tone reminding me of the likes of Unsane and Helmet.  There are even a few moments that have some weirder rhythms that have a bit more of a post punk or no-wave feel as well, and “Covered in Flies” slows things down to a crawl with sludgy tempos and walls of noise around the halfway point.  Rather than simply adopting Black Flag or Dead Kennedys riffs and calling it a day, it often feels like there’s a lot more happening throughout The Extinction of You and there are specific parts of many of these songs that stand on their own which is somewhat rare for this type of music.

Pig Destroyer’s Blake Harrison handles the vocal work throughout The Extinction of You, bringing a higher pitched and raspier scream to Zealot R.I.P.’s scorching instrumentation.  There’s a lot of classic punk aggression and intensity dripping from the performance, with the verses coming in short bursts that give Harrison time to refocus and come back in swinging on each one.  I also found myself thinking of some noise rock bands when it came to the vocals as well, particularly with the way the screaming seems to reverberate off the instrumentals and sometimes blend in with its harsher tones.  Add in some much higher screams on “Covered in Flies” and some dips into spoken word/partially sung sections, and you have a performance that remains varied and in your face for its entirety.

They have left plenty of room for further experimentation and growth, but Zealot R.I.P. is already tapping into a wide range of metal and punk styles with memorable and heavy hitting riffs to back it up.  It brings a melting pot of influences from each member of the band and transforms it into material that has appeal to fans on either side of the heavy music aisle.  It sounds like Zealot R.I.P. came together as more of a fun offshoot with its members looking to do something different from their other projects, but I’m excited to see where they go next as it’s already pushing beyond those humble origins.  The Extinction of You is available from Three One G.