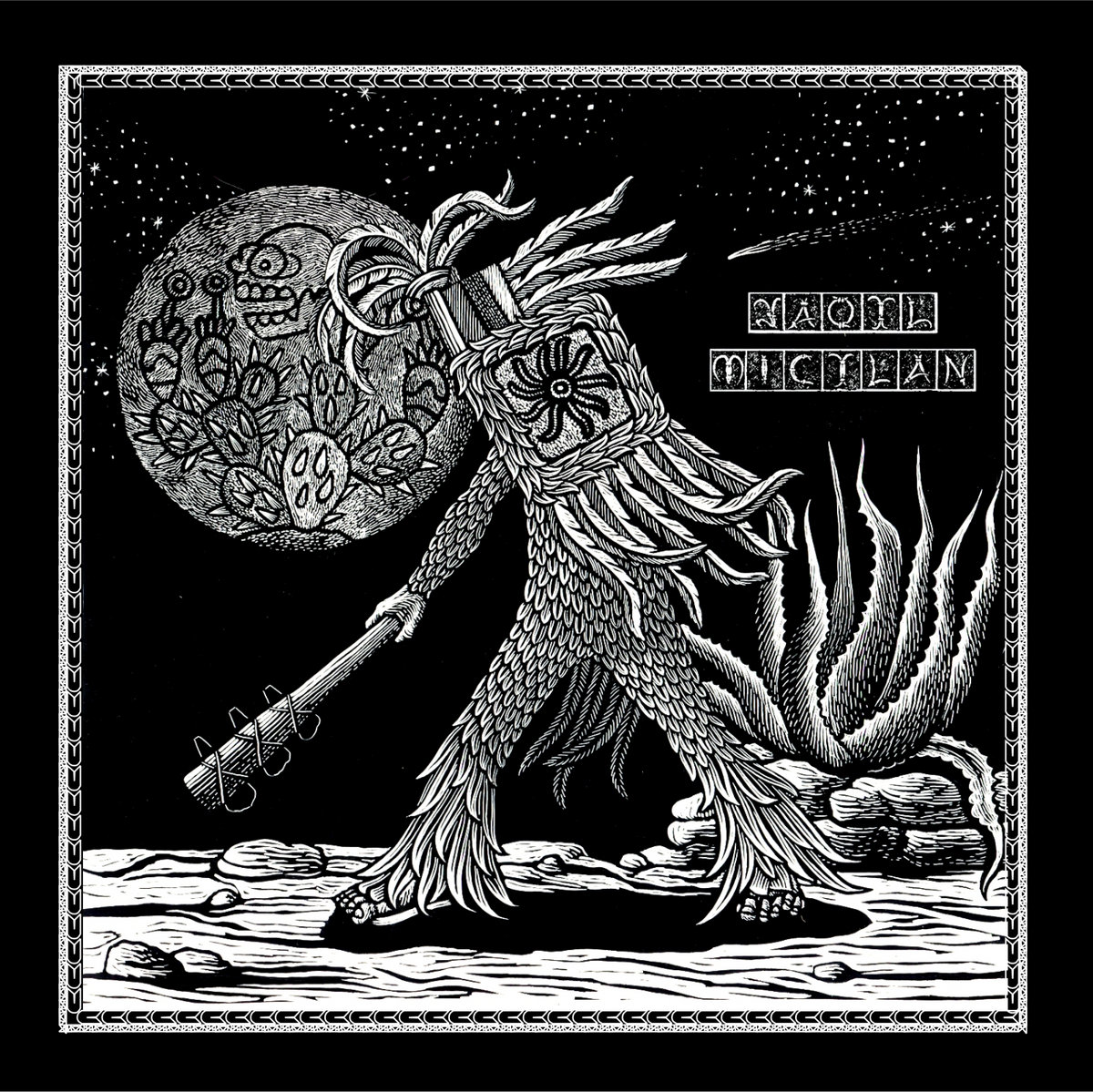 2020 has seen a lot of metal bands return after lengthy hiatuses, including Salt Lake City’s Yaotl Mictlan who has returned nearly a decade after their last release.  Formed back in 1998, this band has written black metal that incorporated elements of the Mexica and Mayan heritage of its members, giving their music some familiar elements but ultimately pushing off in its own direction.  In the ten years that have passed since they last put out material a similar fusion of these musical ideas have come into greater prominence thanks to the bands associated with the Black Twilight Circle and the re-emergence of Xibalba Itzaes, making Yaotl Mictlan’s comeback effort Sagrada tierra del jaguar likely to grab listeners’ attention.  With an even greater focus on powerful, enveloping atmosphere and twisting riffs that have a hypnotic effect, it’s clear that the long gap has been well utilized.

If you’re familiar with either of the group’s previous full lengths or their demo, one element you’ll be looking for on Sagrada tierra del jaguar is the use of traditional pre-Hispanic instruments and right from the start of “Entre lluvias Fuertes” you’re greeted with these elements.  The initial build-up of this song feels like it immediately transports you to an entirely different time and place, and there’s a mystical and hypnotic quality to the instrumentation that the group utilizes for the entirety of the album.  Unlike some of the other metal bands out there that have incorporated traditional instrumentation from their cultural heritages, Yaotl Mictlan seamlessly integrates these elements into their songs and rather than being utilized merely as interludes or intros they feel like they’ve been woven into the fabric of each piece alongside the guitar, bass, and drums.  This enhances the sheer amount of atmosphere the material is able to generate, and the further into the album you get the more powerful and entrancing the arrangements seem to get.  The biggest change Sagrada tierra del jaguar has over its predecessors is the more fluid nature of the songwriting, which seems to be centered around even more epic and intense climaxes than before and can provide more twists and turns than ever before.  “Coatlique” gives an early example of Yaotl Mictlan’s ability to transform early in the album, as it starts off with a methodical cadence and sweeping melodies that give way to a stunning whirlwind of blasting and swirling melodies that feel like they’re sending you off to battle by the end.  The fluidity of some of the tracks gave off some hints of Negative Plane at times and the sheer power of the build-ups reminded me of recent USBM artists like Sanguine Eagle, but this group retains an identity of their own and the songwriting consistently keeps you firmly under its grasp.  My only complaint is the almost eleven minute closer “Sombra del Mictlan” felt just a bit dragged out but given the staying power of the other tracks this doesn’t hurt the listening experience too much.

The vocals could’ve easily just stuck with abrasive screaming for the entire album and it would’ve fit the approach Yaotl Mictlan was going for, but instead they are much more dynamic and offer almost as many twists and turns as the instrumentation.  On “Entre lluvias Fuertes” you’re greeted with raspy screams that remind me a bit of Ihsahn, but there are back-up vocals that are lower in pitch, and while these styles are the most prominent throughout the album you’ll find spoken word, chants, and all sorts of other harsh vocal ranges.  Black metal’s often a genre where a band’s vocals settle into a single harsh scream or growl and doesn’t deviate from them, but there are a lot of subtle changes from one song to the next on Sagrada tierra del jaguar that give it additional depth.  It’s a testament to the band’s craft that every aspect of their music can immerse you into ancient traditions and helps to further set them apart.

Yaotl Mictlan’s second album Dentro del manto gris de Chaac made an impression on me in 2010, and I’ve found myself thinking of this band in the years since and wondering when they’d resurface.  It may have taken a decade for that to happen, but they’ve progressed in leaps and bounds with instrumentation that’s powerful and hypnotic in equal capacity.  The more fluid nature of the songwriting results in multiple peaks that are genuinely stunning, and while there are still a handful of moments that feel a bit too stretched out this is easily still the band’s strongest showing to date.  Set some time aside for this album and prepare to be swept away, as it has a lot to offer.  Sagrada tierra del jaguaris available from American Line Productions.