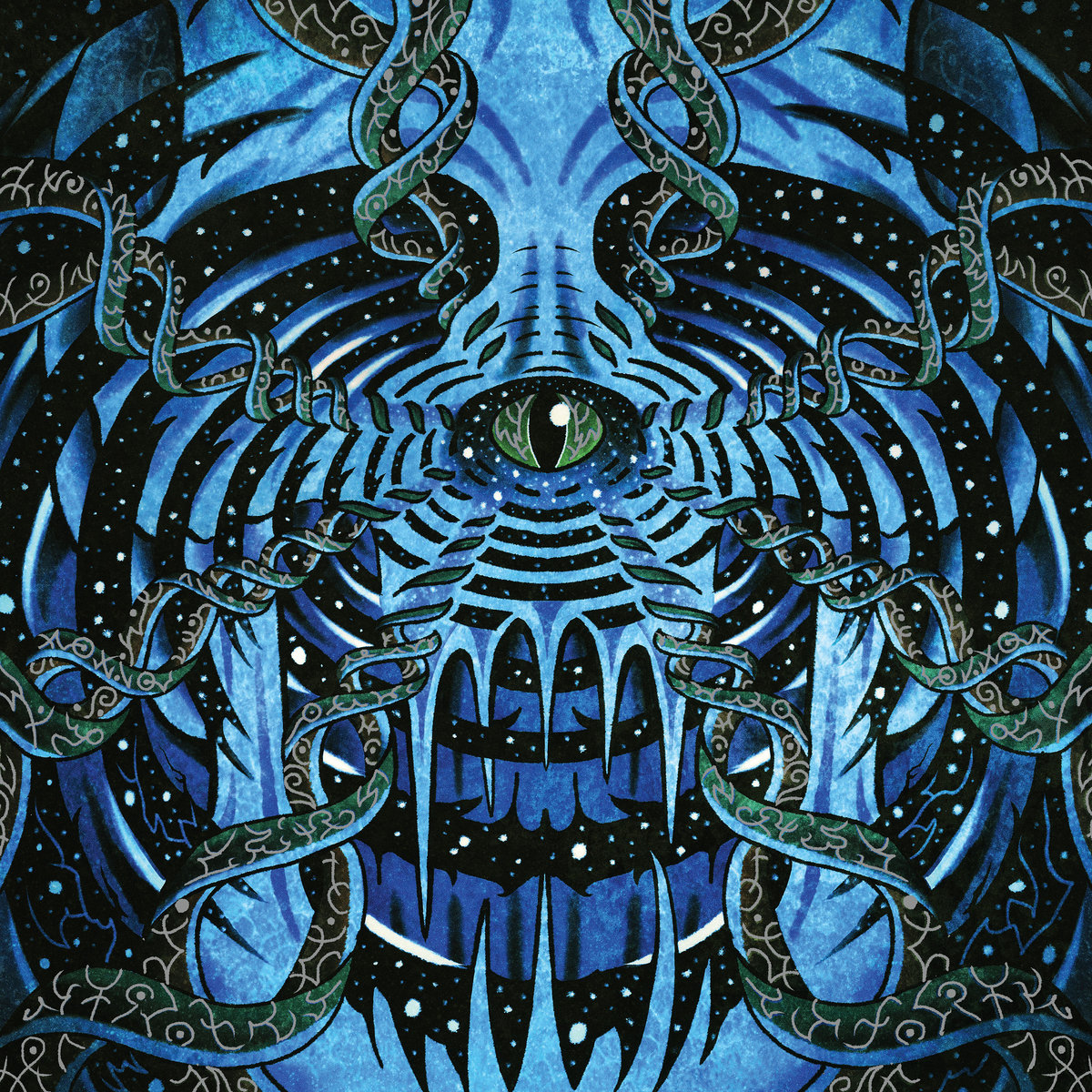 Two years after their debut, mysterious black metal duo Xenoglyph has returned with their second full-length Spiritfraud.  Their 2020 debut Mytharc seemed like it went under the radar for many, but with Spiritfraud coming to us courtesy of Translation Loss Records their take on cosmically oriented black metal is likely to get an additional boost.  The approach on this effort bears plenty of similarities to its predecessor, but there’s been a thickening of the sound and an increased emphasis on the individual riffs that makes some big differences.  It’s the type of black metal that feels like its enveloping you as you listen, and for those that like heavy doses of atmosphere and melody alongside much harsher moments Xenoglyph has you covered.

With a mixture of soaring melodic peaks and nightmarish riffs, there are plenty of clear nods to Blut Aus Nord throughout Spiritfraud, particularly albums like Memoria Vetusta II: Dialogue with the Stars.  There’s a similar flow between fast and slow tempos that still have a methodical, almost machinelike rhythm to them, but where Vindsval had me imagining the peaks of a desolate mountain Xenoglyph sends me right into the stars.  Sometimes sounding too close to the template of another band can be a negative, but considering how few black metal acts have managed to approach the grandeur and tension of Blut Aus Nord it actually comes off as a positive here, and the duo offers up enough twists to begin setting themselves apart.  The title track in particular is truly stunning, incorporating some somber and haunting melodies that pull in influence from Mournful Congregration and twist it into some expansive black metal.  Compared to Mytharc the sound is much thicker, with additional layers added in to make everything come across as much denser and massive in scope.  It’s a subtle change but it works to their advantage, allowing the riffs to come through with even more power than before and enhancing the intriguing yet nightmarish qualities of the songwriting.  There are also some dips back into more traditional black metal and hints of death metal when the melodies recede back into the ether, and this makes quite a few of the tracks have passages that stand out over repeat listens.  Admittedly with the methodical pacing there are a few moments that drag slightly and feel like they could’ve been trimmed ever so slightly, but there’s still plenty here to keep fans of this atmospheric variant of black metal returning for more.

The added density and focus on the instrumentation do come at the expense of the vocals, as this time around Xenoglyph has opted to keep them in the background and let them just barely break through.  I suspect this was a deliberate decision, allowing them to treat the harsher screams as another instrument that contributes to the overall soundscape rather than standing as an individual element, but I do think it’s just a bit too muted at points.  When the denseness recedes slightly and the vocals come through as a haunting whisper that breaks into a scream its downright bone chilling, but as the instrumentals pick up in intensity the screams and growls just start to get lost in the mix.  Stylistically I’m again reminded of Vindsval and his work with Blut Aus Nord, as there’s a similar eerie quality to the pitches that keep things tense even at a whisper.

There remains room for Xenoglyph to morph further and establish nuances that fully separate their cosmic take on black metal from Blut Aus Nord, but the density and quality of the riffs makes Spiritfraud even better than its already strong predecessor.  I appreciate black metal that can have a sense of ethereal grandeur one moment and pure dread the next, and I suspect many of you will as well.  Kudos to Translation Loss for adding them onto an already stacked 2022 roster, and if you missed out on Xenoglyph’s black metal before now is the time to dive right in.