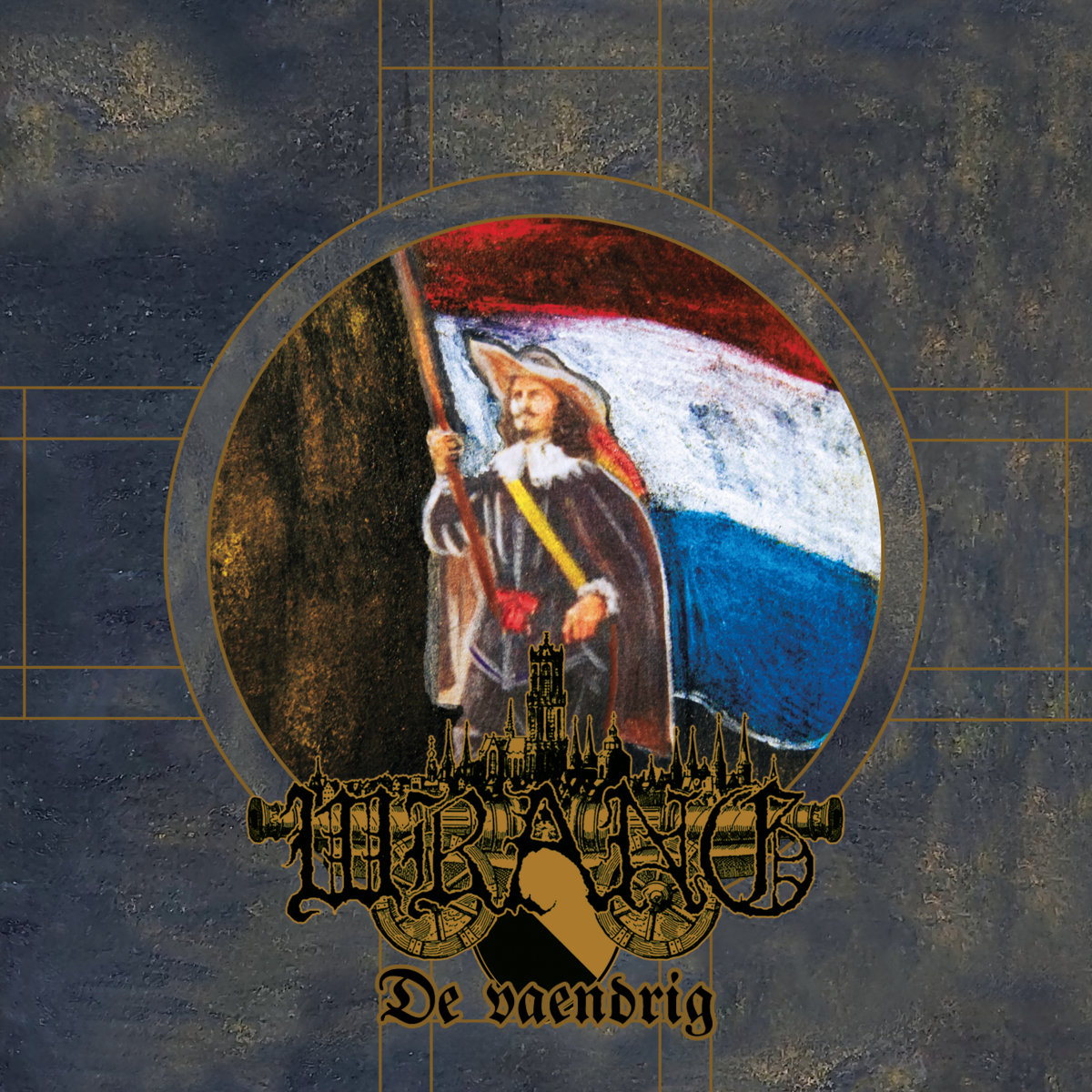 Dutch black metal has continued to dominate much of my listening time over the last few years, as not only have many of the bands released genuinely stunning material but many have also managed to be different stylistically.  Wrang may just be one of the most diverse I’ve come across recently, as their sophomore effort De vaendrig covers a lot of ground over its forty-three-minute run-time.  Formed in 2013, Wrang focuses on riff-forward material that encompasses the punkier and rock ‘n roll sides of Scandinavian black metal as well as some of its more triumphant and melodic variants.  In the wrong hands this attempt to move between black metal’s many variants might feel disjointed, but here it results in an intense and memorable listen that’s sure to put this band on the map for quite a few people.

Wrang gets your attention early on with scorching guitar work and pounding bass lines that sound truly immense, coming in somewhere between black/thrash like Destroyer 666 and the twisted riffing of Funeral Mist on opener “Doodgeslagen onschuld”.  The guitar work showcases some rock ‘n roll and punk swagger alongside second wave elements as the song progresses, and the dense and dark sound is immediately appealing.  But only a few minutes later the band has already transitioned over to some soaring melodies that immediately bring in that icy cold atmosphere and make it clear that you’re in for an album that doesn’t stay in the same place for longer than it needs to.  By the time you reach track two, the band switches over to a more triumphant and melodic sound that reminds me of a Dutch take on Forteresse and other Métal Noir Québécois associated artists.  De vaendrig is a wild ride from beginning to end, as one minute it will pummel you with walls of guitar and bass that have that more traditional black metal feel and then offer up some soaring melodies the next.  But no matter where the band chooses to go, there is a high energy guitar lead that catches your attention and it’s the staying power of the riffs that sets Wrang apart.  And despite all the name dropping I’ve done, the way that Wrang fuses all these black metal and black metal adjacent elements together makes them feel unique.  They’re also helped by a production that’s appropriately raw and makes for a noisier listen without fully obscuring all the details, making De vaendrig capable of setting everything in its path ablaze.

With the scorching intensity of the guitar and bass tones, the vocals would easily get swallowed up in the mix if they weren’t up to par.  Thankfully Galgenvot is more than up to the task and his raspier screams tower over the recording with quite a bit of intensity and attitude.  There’s quite a bit of variety to the vocal performance and this is most apparent on the title track, which opens with powerful chanting and ends with some yelled/cleaner ranges that mix well with the raspier screams.  Wrang doesn’t stop here, and as you dive further into the album you’ll come across lower growls and other variations to the screaming pitches that remain intense no matter what range they pull from.  I would’ve personally liked the chanting and cleaner explorations from the title track to appear a bit more, but the strength of the performance still makes De vaendrig stand out.

Wrang has built naturally upon the foundation their debut Domstad swart metael established in 2019, returning with an even denser and more powerful sound while retaining the diverse approach to black metal.  There are plenty of riffs here that will have you fist pumping in your seat while others have a more chilling atmosphere, and that combination is consistently engaging from start to finish.  The year is only half over, but this is currently one of the best efforts Dutch black metal has produced in 2022.  De vaendrig is available from Dominance of Darkness Records and Tour de Garde.