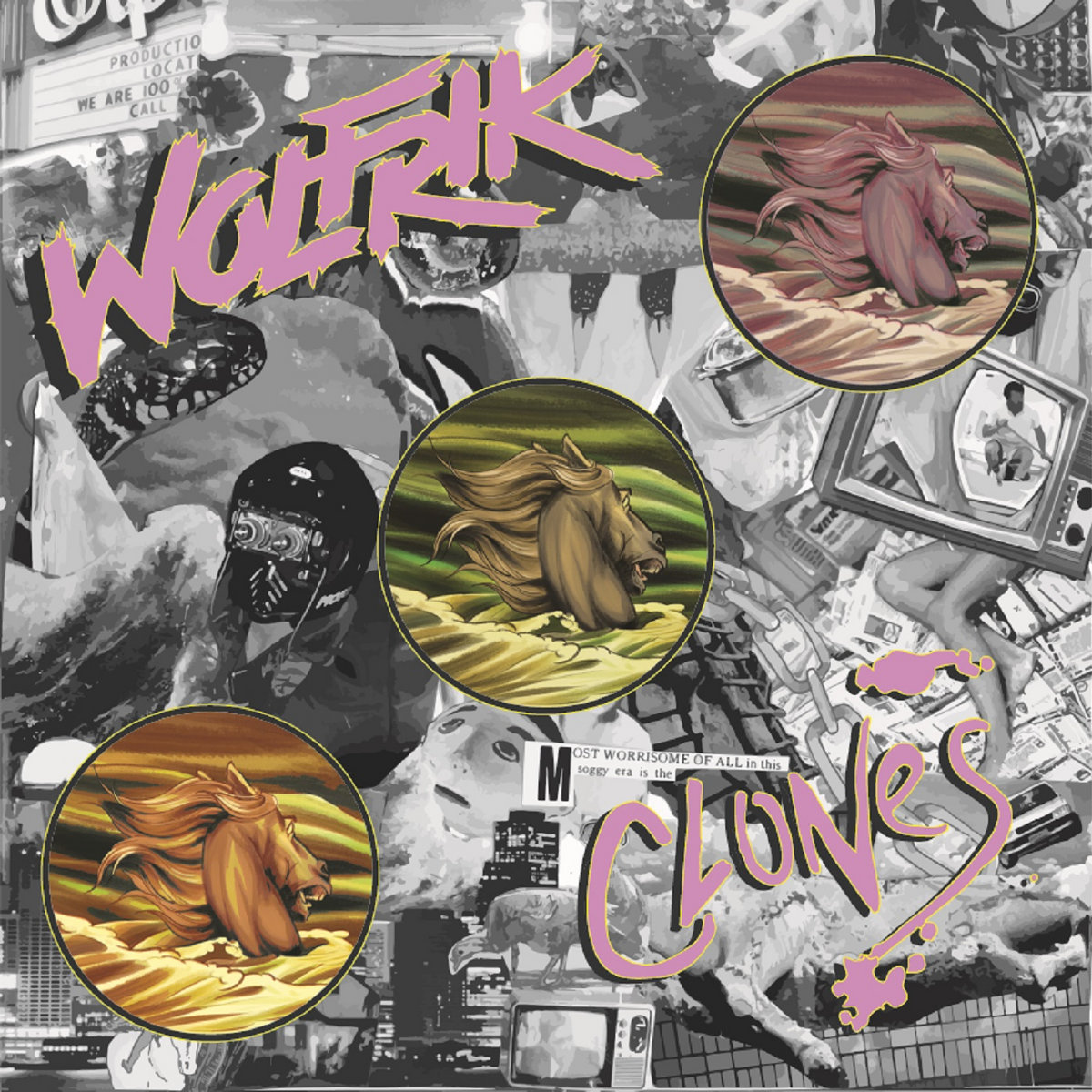 Edmonton based Wolfrik has been working on their debut for a little while, as the band unleashed a roaring mix of melodic hardcore and skate punk with a thrash edge on their Skeleton City EP back in December of 2017.  A lot can change in four years, and Clones showcases that the band has spent that time further refining their approach and making the transition between the melodic and heavy side of their sound seamless.  With an equal amount of blistering riffing and sing-along hooks there’s plenty to like about what Wolfrik has to offer, and the variety should attract a diverse set of listeners to come along for the ride.

Where Skeleton City started off with a noticeably heavier edge with thrash and punk leaning riffs and a darker tone, Wolfrik has opted to kick off Clones in the opposite direction to showcase just how much they’ve expanded upon the melodic side of their sound.  “Mortal Towns” leads with a shimmering melody that immediately brings certain 90s and 2000s melodic hardcore/punk and skate punk to mind, channeling that crunchier tone and warmer sound that makes you want to get up and start moving immediately.  But by the time “Bashem” comes on you might get a little whiplash, as the instrumentals get significantly heavier and have a more metallic edge that has a frantic and unhinged feel similar to Every Time I Die.  This continues throughout the album, as Wolfrik regularly trades off between much darker and heavy material that’s built for thrashy speed and moments with a brighter, warmer tone.  It’s a mixture that works to their advantage, and despite many elements of this album bringing a sense of nostalgia with it everything is woven together in a way that remains fresh.  Considering that Clones reminds me of bands like Boysetsfire, Hot Water Music, Every Time I Die, and Millencolin depending on what song I’m on, that’s a lot of ground to cover even within the hardcore/punk sphere and when you add in those bursts of shredding and hints of metal elements you have a diverse listen.  Admittedly I found the shorter bursts didn’t quite stand out as much over time, and while they help to break up the flow of the album well it was the longer tracks like “Fend & Turn” and “KP” that have been stuck in my head.  I’d like to see them hit that same level of hook on the briefer moments, and I think with some additional refinement Wolfrik can get there.

There’s a consistently rougher edge to the vocals, and while you will get some soaring choruses with sing-along potential there’s often a screaming passage or gruffer singing pitch waiting right around the chorus.  This works well for Wolfrik, as it helps them to have the catchiness of some of the better-known melodic hardcore and skate punk bands but ensures there’s still plenty of bite to go with it.  Dylan Toews comes pretty close to channeling the abrasiveness and energy of Every Time I Die’s Keith Buckley on songs like “Bashem” which is not an easy feat, and with both guitarists providing some back-up singing there’s just as much diversity to the vocals as the instrumentation.  It’s clear that Wolfrik has branched out in this aspect as well, and it gives them an edge over some of the other bands trying to touch upon this same mix of styles.

I do think there’s still some room left to expand upon the heavier side and make it stand out just as much as the melodic elements, but this debut still showcases that this group has evolved significantly since we last heard them.  Wolfrik has been able to bridge the gap between the melodic sides of hardcore and punk with its abrasive underbelly in ways that should attract listeners who may not always be into the metallic or screaming side of the genres.  It’ll be exciting to see where the band goes from here, as they’ve established a rock-solid foundation here.  Clones is available from Thousand Islands Records and Lockjaw Records.