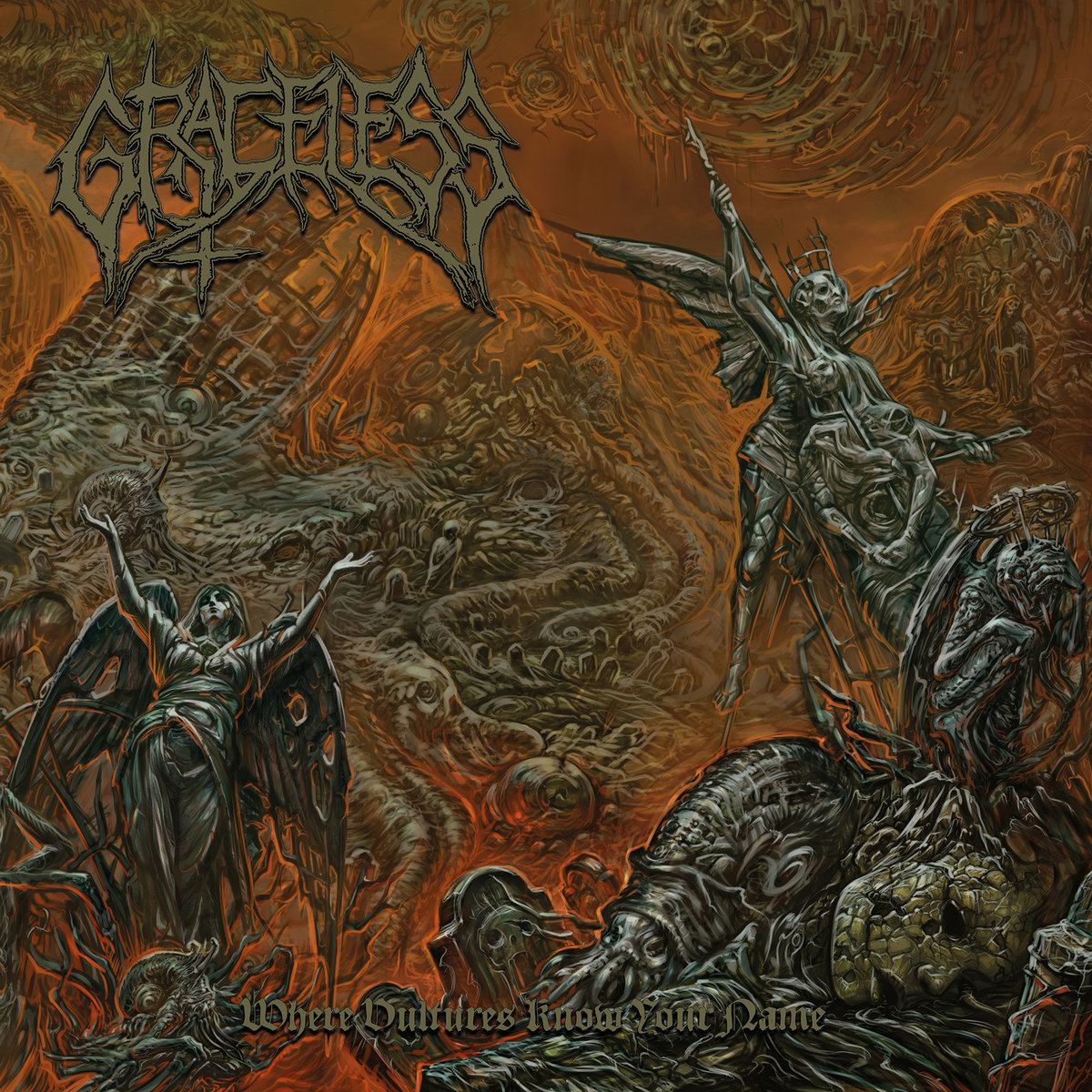 Where Vultures Know Your Name

Where Vultures Know Your Name
by Graceless

Graceless was formed back in 2016 by veterans of the Dutch death metal scene, with members that had been in bands like Soulburn and Xenomorph.  While they didn’t fall far outside one would expect from death/doom that hails from this particular country, it was delivered in a convincing manner that made it clear this was a group worth following in the years to come.  This year Graceless has returned with their sophomore effort Where Vultures Know Your Name and it expands upon the base of its predecessor with more of everything.  There’s even more slow and gloomy melodies and a fuller sound than before, and while it’s not reinventing the wheel for this type of death metal there remains quite a bit of appeal when it’s pulled off this well.

Shadowlands had a very old-school sound to it, and while the band hasn’t deviated from this approach on Where Vultures Know Your Name they have made some tweaks to the recording that give it a different overall feel.  The sound has filled out a bit more this time around and in particular the lower end comes through even more making each song even more crushing and destructive than before.  This not only allows the instrumentals to hit even harder, but the fullness of the guitars and bass makes the melodic sections stand out even more and produce a thick, tense atmosphere that sucks you in and doesn’t let you go until its conclusion.  This is particularly notable on the title track and “Nine Days of Mourning” where the tempos slow down the most and the doom side of the material comes into play, as the melodies have a haunting quality to them as though they’re leading you down into a deep, dark crypt.  Graceless is still able to pummel and lumber with the best of them though, as there are plenty of songs where the tempos stick with that familiar lurching mid-tempo approach and faster blasts, and as a whole they switch things up frequently enough to make the individual songs distinguishable from each other.  Surprisingly the lengthiest tracks where the band slows things down the most have proven to be the ones I’ve come back to the most, which really speaks to how well these guys are able to balance their melodic and gloomier side with sheer destruction.

Remco Kreft contributes vocals and guitars to Where Vultures Know Your Name, and while he’s primarily been known more for his guitar work in past bands he delivers a convincing vocal performance throughout the course of the album.  He’s got one of those growls that reverberates over the recording with an immense amount of power and only seems to gain more steam as each verse progresses.  While his range stays at about the same level it does shift ever so slightly on each song to keep things from feeling one-dimensional, and there are some backing screams that are thrown into the mix to shake things up.  Graceless has also allowed some space between their vocals and instrumentals, giving them equal emphasis, which lets listeners home in on both elements without one drowning out the other.

Though they might be a newer name, make no mistake that Graceless can deliver Dutch death metal just as good as those that have been around for more than two decades.  They’re not only able to hit the lumbering and destructive riffing of straight-up death metal but deliver haunting atmosphere during their slower doom sections that have kept me coming back for more.  While the material may not shift too far from what you’d expect from this country’s take on the genre, those who can’t get enough will find that this band continues to tick all the right boxes and will stick with them.  Where Vultures Know Your Name is available from Raw Skull Recordz.