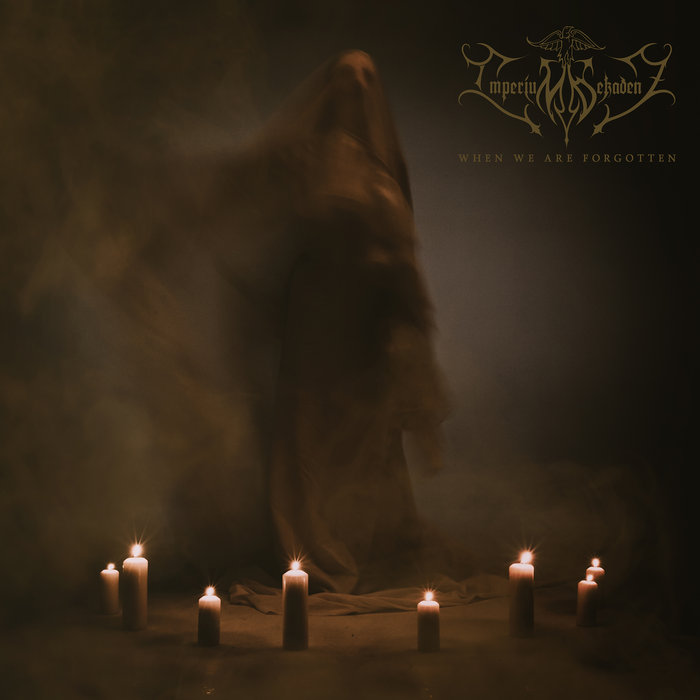 When We Are Forgotten

When We Are Forgotten
by Imperium Dekadenz

What I Like: I gotta tell you, I've been absolutely slammed for August and September. That said, I'm glad that I was encouraged to take an extra glance at When We Are Forgotten. This is some really stunning, cathartic music. It's black metal for meditation, yoga, and tantric sex. The title track alone takes the listener on a cosmic journey; one that seems to straddle the line between life and death it's a sort of sonic purgatory. The mood is overwhelming melancholy...but with just the slightest tinges of light always slightly out of reach. The guitars, thanks in part to the booming production, sound more like horns of the apocalypse. Gabriel is on his way. Echoing drums pound into eternity alongside a vocal performance that is as prophetic as it is grim.

Critiques: I've got pretty much nothing bad to say about this album. I need to spend some more time with it, but for now it's pretty damn flawless.

The Verdict: Again, "stunning" seems the most appropriate adjective to sum things up. Imperium Dekadenz are taking black metal to a new plateau with When We Are Forgotten. And I most certainly hope that this album is not, come the end of the year.

Flight's Fav's: When We Are Forgotten, Bis Ich Bin, A Cave Called Wisdom