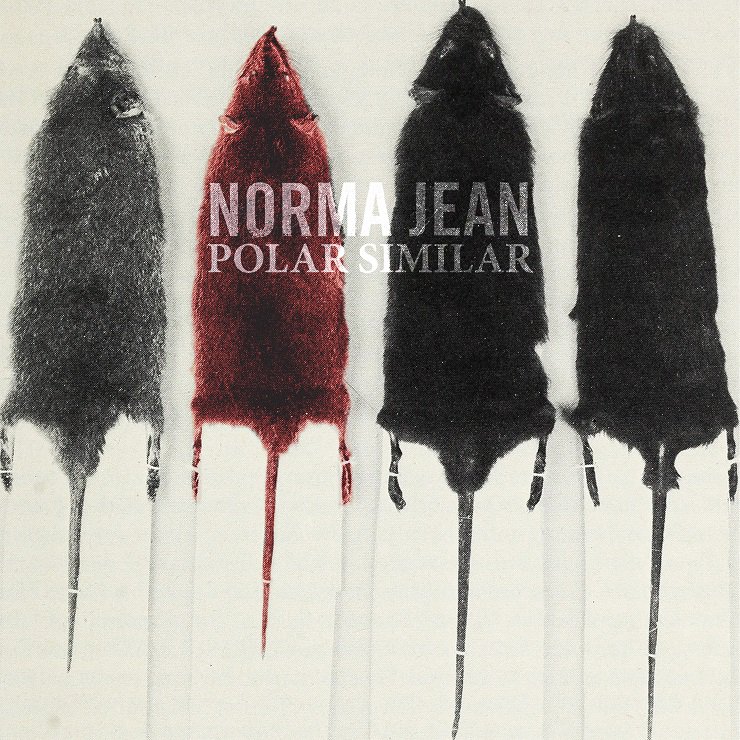 What's the Opposite of Opposite?

If you don’t feel like hearing me wax sentimental again over how long I have followed this band, feel free to skip to the next paragraph. For the rest of you, this one is a long time coming. Norma Jean’s seminal album, Bless the Martyr and Kiss the Child was another one that changed the way I looked at music. I had already done the rounds with most of your standard metalcore, but hearing the mathy chaos backed by Josh Scogin’s unbridled fury was a game changer. I proceeded to pick up every album from the classic follow-up, O God, The Aftermath to present day. You wouldn’t think a band like this would have such staying power, and they even seemed to be dwindling a bit on The Anti Mother, but albums like Meridional showed the band had a serious second wind. So now it’s 2016, and one of the world’s most all consistent metalcore bands from the early days is back with Polar Similar. How does is stack up?

Like the tongue-in-cheek title eludes to, if it ain’t broke, don’t change the formula. This is very much a continuation of where the band left off with Wrongdoers, but damn that album slayed so why not? Catchy hooks? Check. Intense scre…dammit I’m doing that thing again. Just suffice it to say that all of the elements fans have come to know and love about Norma Jean are still very much intact, and the energy hasn’t waned a bit. Heavy, heavy, heavy. There are few tracks clocking in around just two minutes that have the destructive power of a spiked wrecking ball.

If there are some new additions, I suppose you could consider the numbered interludes. These little breaks feature everything from minimalist slide guitar to strange phone recordings. I’m not really sure how much they have to add to the album as a whole, but they don’t necessarily detract from it either. Aside from that you can expect the usual brand of trademark noisy riffing and catchy vocals. I have always appreciated the somewhat atypical approach to guitar the band takes on certain songs. It’s not exactly up there with Tom Morello’s DIY DJ solo, but some of these hooks do leave me wondering how they came up with such an unusual sound.

Norma Jean diehards rejoice, this is another fine album to add to our collections. Songs continue to be strong, and the impact of a few of these may leave larger craters than anything prior. I can hear the criticism already in that a lot of these albums sound really similar in nature, but I think the band is aware. At least the output is still good. We have bands like Slayer coasting on old worship, and they have been turning out garbage for years. As long as the energy and passion is there, not every new release need be a reinventing of the wheel. If you’re down with that, you should check out “Everyone Talking Over Everyone Else,” 1,000,000 Watts,” and “Death Is a Living Partner” to name just a few.