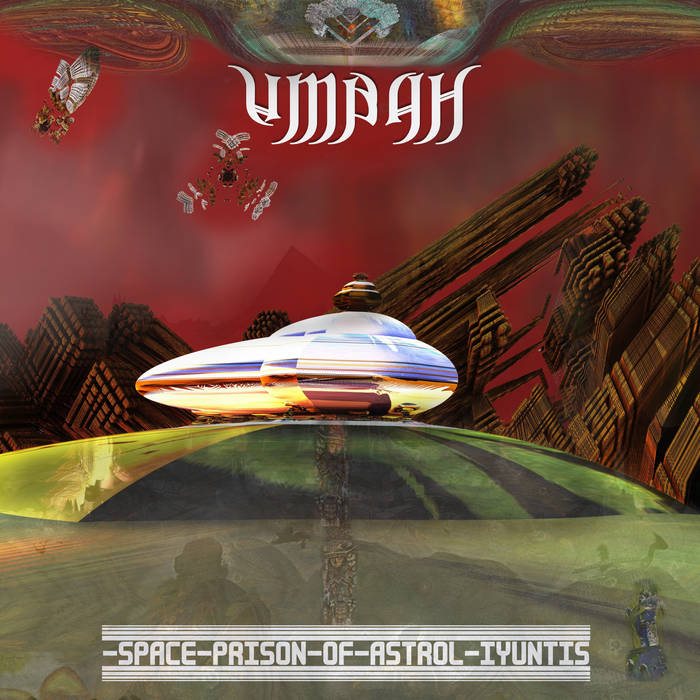 We Are The Cybermen

Got your fill of Caberman? If not, and you haven't familiarized yourself with Umbah yet, you best take a moment to prepare yourself. This is about as weird as it gets. A brief summary for the uninformed: Umbah is a one-man avantgarde indunstrial metal act that has evolved recently from standard instrumentation to being handled largley by a system of robots built by one Cal Scott. Yup, that should about do it.

Essentially, what you are hearing, from my meager understanding, is sonic input that Cal uploaded to his robot army and then allowed to randomize it at their will. The resulting output is then hand picked for editing and processed into larger songs. He has already released multiple albums this way this year, but I think he made a point to contact me again on this one given my afinity for guitar.

Unlike the previous album I reviewed, this album actually features some standard axe work to compliment the mechanized madness. The result is somewhere between the weird, but more digestible Enter the Dagobah Core and stranger experiments of late. Distortion maintains a pretty digital sound to match the sounds going on around it. Riffs can be pretty killer too, I might add. Cal's been a multi-instrumentalist for some time, so this isn't amateur hour.

But the guitar is about as traditional as the album gets. There are very few things one might call "vocals" going on, and song structures are virtually non-existent in the verse-chorsus-verse sense. Sounds just happen, and the only one who can truly provide insight is likely Cal himself. That being said, I am not sure what and how I feel about Space Prison beyond one undeniable fact: it's cool. There is nothing else out that, to my knowledge, that is being produced in such a way or sounds quite like it. There are a number of metal bands out there who claim to be avantgarde, but none of them are brave enough to take the label on in the way that Umbah does. In recognition, I hope you all give this and his previous works a spin at the bandcamp page. If you find that this one is a bit too much for your fragile mind to handle, I might recommend backtracking to Enter the Dagobah Core or Trilobeth. Cheers.